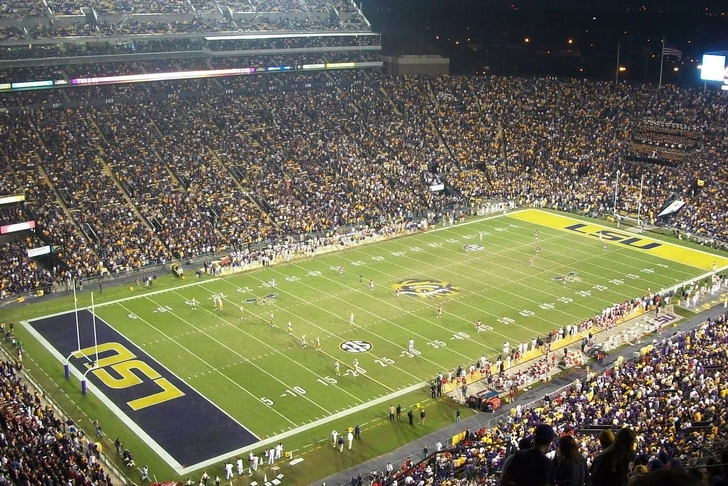 The Texas Longhorns and LSU Tigers have agreed to a home-and-home series for 2019 and 2020, bolstering the non-conference schedules for each of the two powerhouses. The teams will face off in Austin on September 7, 2019, and in Baton Rouge on September 12, 2020.

Texas was previously scheduled to face Notre Dame in those slots, but the Irish paid a cancellation fee to get out of those games. The Irish and Longhorns will still face each other in 2015 and 2016.

LSU and Texas have met 17 times before on the football field, with the Longhorns holding a 9-7-1 advantage. Their last meeting came in 35-20 Longhorn win in the 2003 Cotton Bowl following the 2002 season.

Texas has worked to schedule tougher non-conference games with old Big 12 powers Nebraska and Texas A&M leaving to join new conferences, which appeals to pollsters and fans alike. LSU has never been afraid to face high competition outside the conference under head coach Les Miles, and this seems to be the latest move in that regard.