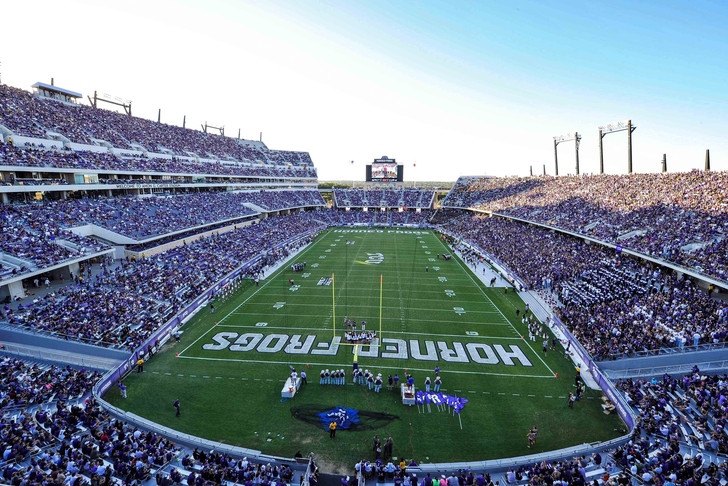 The TCU Horned Frogs officially have the top scoring offense in the entire nation after Saturday's 82-27 victory over the Texas Tech Red Raiders.

This is an unexpected turn for the folks who order the fireworks that are shot off at Amon G. Carter Stadium in Fort Worth every time TCU scores a touchdown.

How prolific is @TCUFootball's offense this year? In yesterday's 82-27 romp over Tech, we shot all the pyro we ordered...for the season.

@AlexAppleDFW My guy radioed me after we hit 68 and said "I only have enough for one more touchdown this season." Then we scored two. — Drew Martin (@TCU_Drew) October 26, 2014

TCU has two more home games against the Kansas State Wildcats and Iowa State Cyclones, so it might be a good idea to place an emergency explosives order right about now.