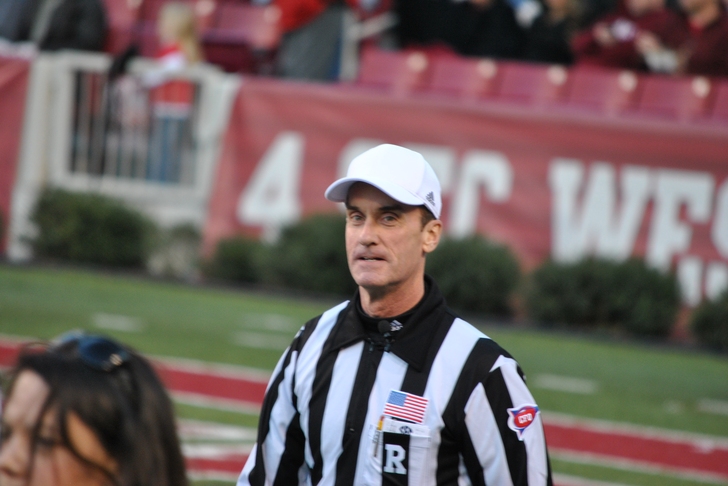 In the middle of an early penalty call during the Mississippi State/Texas A&M game on Saturday, SEC referee Ken Williamson realized he was facing away from the cameras.

Rather than quickly turning around and getting on with it, Williamson had a bit of an...emotional moment when he realized his mistake.

That was about 80% of a curse word and 100% of an awesome moment right there.