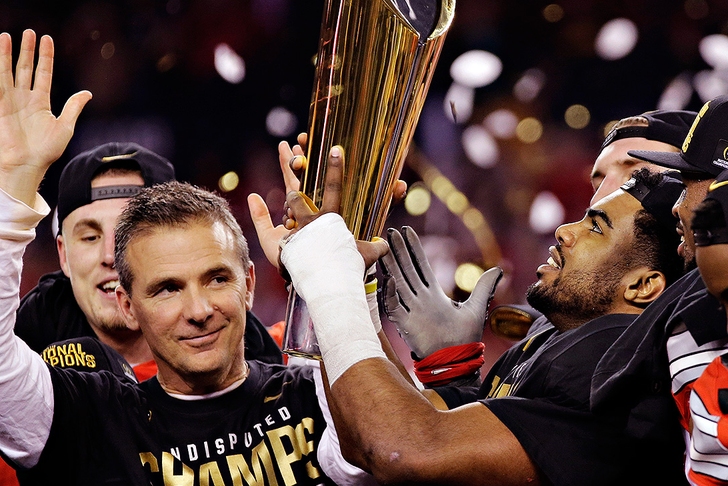 College football was already incredibly profitable before the new playoff system, but that's set to bring the sport to a whole new financial level.

In CNNMoney's analysis of the 2013-2014 figures submitted to the U.S. Department of Education by each school, the University of Texas had the biggest profit of any program, earning $74 million

The University of Michigan was number two with $64.6 million, and the University of Alabama was third with $53.3 million in profits, who was the richest team to make it to the inaugural four-team playoff.

Of the other teams that made it, Ohio State was the NCAA's 10th richest program, the University of Oregon was 12th, and Florida State University was the 21st richest team in 2013-14.

As a whole, the 64 schools in the five major conferences brought in a combined $2.8 billion in revenue last year, mostly from broadcast rights and ticket sales.

That's a boatload of money, but that's all before this past season, where the College Football Playoff system

ESPN has agreed to pay $7.3 billion to broadcast the new Division 1 playoffs for the first 12 years of the new system. Add that on to each conference's individual television contracts and money from other bowl games, and schools are expected to see their profits skyrocket.

All D-1 schools will profit from that payout, but the Power 5 conferences will get most of that money. Most profits from the playoffs will be split roughly evenly between members of those five conferences, regardless of whether a school or conference makes the playoffs.