Report: Big 12 Officials Have Reached Out To Cincinnati 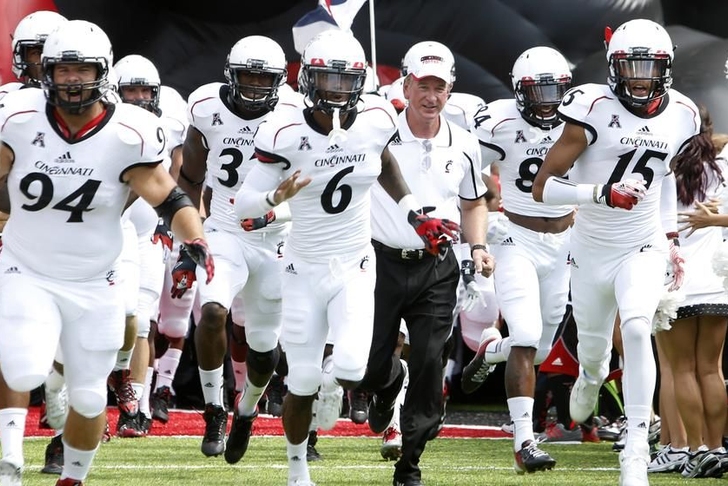 When both TCU and Baylor missed out on the College Football Playoff, many were quick to point the finger at the Big 12's lack of a conference championship game as the reason why.

The conference only has 10 teams, and NCAA rules stipulate that 12 teams are needed in order to have a conference championship game. The Big 12 is the only Power 5 conference that does not have a title game.

Because of this, there has been rampant speculation about the Big 12 possibly expanding and adding two new schools to make a conference championship game possible. That speculation turned into reality on Monday afternoon, when the Sporting News reported that Big 12 officials have already contacted Cincinnati about being a candidate in possible expansion:

Big 12 officials recently met with administrators from the University of Cincinnati, a source close to the university told Sporting News. That is not an indication membership will be offered to the Bearcats in the immediate future - only that they would be a candidate were such an expansion to be undertaken.

This does not mean that the Big 12 is expanding, but it does mean that they're at least entertaining the idea at some point and Cincinnati is on their shortlist of candidates.

The Bearcats are currently in the American Athletic Conference after being left behind when the old Big East disbanded. The AAC is in the "Group of 5" if College Football, the weaker half of the FBS level (formerly Div. 1-A).