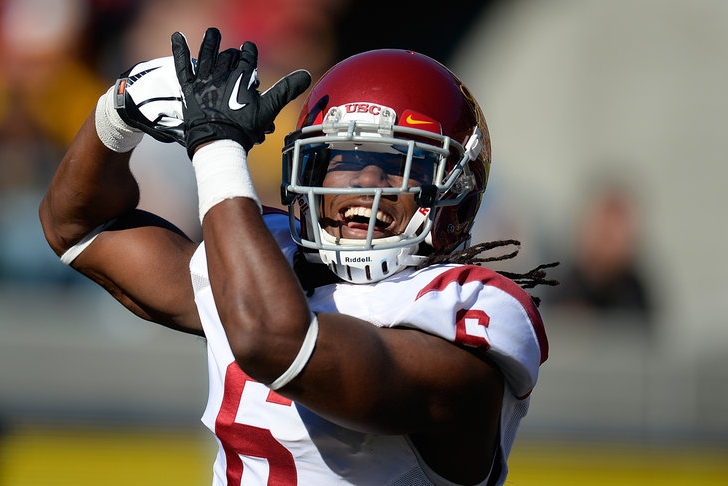 Here's what we know for sure: USC cornerback Josh Shaw is out indefinitely with two high-ankle sprains.

Shaw said his ankles were hurt after jumping from a second-story balcony to save his nephew from drowning. The heroic story made the sports media rounds, and the senior CB was widely praised for putting his nephew's safety ahead of his own.

Then, things took a strange turn. At his Tuesday-morning press conference, USC HC Steve Sarkisian admitted that the school had gotten calls questioning Shaw's story, and he told reporters that the school was currently investigating. Apparently, no members of Shaws family would corroborate his story, and there were a number of rumors swirling about the actual circumstances of the injury.

Sources: Josh Shaw was involved in an incident involving domestic abuse & jumped off a 3rd story window while running from LAPD. #USC

The Twitter account this originated from has been reliable for USC info in the past, and we've heard a similar story from two other sources as well. We'll provide updates when they become available.