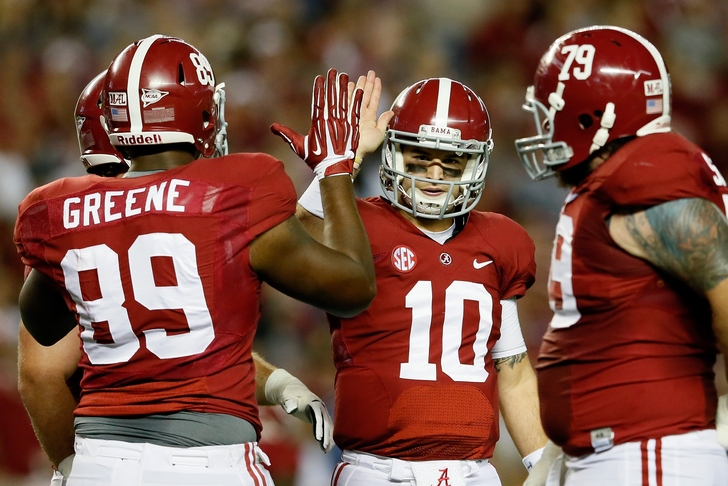 The SEC's unheralded streak of seven straight national championships came to a screeching halt last year thanks to Jameis Winston and Florida State's comeback victory over the Auburn Tigers, but the conference still proved to be the most dominant of the BCS era.

Now as we enter into the first year of the four-team College Football Playoff, many things are shifting in the SEC.

National titles - and Alabama - are no longer sure things (although many believe the SEC Champ will automatically qualify for the playoff), and roster turnover throughout the conference has left teams void of the big names we've grown accustomed to.

Gone are Johnny Manziel, Jadeveon Clowney, A.J. McCarron (and Katherine Webb), and Aaron Murray. In their place sits Georgia running back Todd Gurley, who might be the only household name in the conference.

As we wait for new stars to emerge in 2014, what can we expect from the nation's best conference?

The SEC is as wide open as it's been in years, but the Crimson Tide still have the most talented team. McCarron is gone, but junior running back T.J. Yeldon and wideout Amari Cooper have the ability to carry the offense and help whoever wins the Blake Sims/Cooper Bateman quarterback battle.

Head coach Nick Saban's defense will be as good as we've come to expect, and don't think they've forgotten about their two straight losses to Auburn and Oklahoma to close the 2013 season. Saban will have the Tide ready to roll (pun intended) and back to playing at a national championship level. 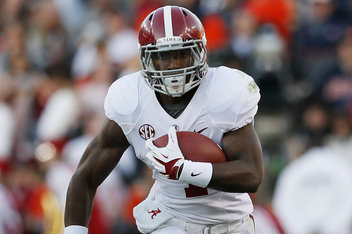 As mentioned above, Yeldon will be one of Alabama's most important players, and he'll be the most crucial part of the Tide's offensive attack as a reliable option for whichever quarterback ends up starting and will be asked to carry the offense. Yeldon is a proven receiving threat along with having the size (6'2", 221 lbs.) and past production (2,343 yds, 26 TDs, 6.1 YPC in first two seasons) that indicate he's ready to shoulder Nick Saban's offense.

Here's A&M's position going into 2014: they lost their best three players offensively (Manziel, Mike Evans, Jake Matthews) and have a defense that can't stop a nosebleed. Couple that with playing traditional powers Alabama, LSU, and Auburn - along with really good Ole Miss and Mississippi State teams - and suddenly they're fighting to just make a bowl game.

Looking around the SEC East, who is there to be scared of?

South Carolina opens as the favorites, but Clowney is gone and their secondary is full of unproven freshmen. Georgia has a new quarterback and below-average receivers. Missouri lost virtually every impact player from a year ago. Vanderbilt lost their edge when head coach James Franklin left for Penn State. Tennessee doesn't return a single starter in either their offensive or defensive lines. And Florida, well, they stunk last year and didn't really change anything (although they were really good two years ago, so they're kind of a wild card).

If you're Kentucky, who don't you think you can beat on any given night? Head coach Mark Stoops is entering his second year with the Wildcats and has this team going in the right direction.

I think UK will finish 4th in the East behind South Carolina, Georgia, and Florida (and they get SC and UGA at home - upset alert!) by taking advantage of the weaker East, which would be a great season for these annual cellar-dwellers.

To give you an indication of how good this kid is and how much Les Miles likes him, All-SEC running back Jeremy Hill originally decided to come back and promised to stay for his last two years of eligibility, but after Fournette committed to becoming a Tiger, Hill suddenly had a "change of heart" and declared for the NFL Draft.

Whether he chose to leave or was forced out to make room for Fournette is irrelevant - the 6'1", 225 lbs. freshman can PLAY, and he's going to be getting a lot of playing time.

Ole Miss was the popular pick to be the breakout team in the country last year after signing one of the nation's top recruiting classes, but they were unable to make any real noise and finished 8-5.

Those heralded freshmen are now a year older (and the SEC is a little weaker), and are a dark horse to win the West. They get both Alabama and Auburn at home, and Hugh Freeze's squad wins just one of those games, they'll likely finish in second or third in the division - which in the past few years has meant a top-10 ranking. If that happens, Freeze will get a lot of well-deserved praise.

When you're as big of a coaching name and talk as much trash as Bielema does, you better back it up. The Razorbacks failed to win a conference game last year, and are picked to finish last in the West again. If he can't get things going in a positive direction, don't be surprised to see Arkansas decide he isn't worth the headaches.

Yeah, you can be sure Nick Saban does, too. On top of the traditional rivalry hatred, the last regular season game for both sides could not only decide who makes the SEC Championship Game, but also who gets a berth in the new playoff.  There should be a lot on the line in Tuscaloosa, and hopefully they'll give us a game half as exciting as they did last year.

What do you think we can expect from the SEC this year? How will your team do? Leave a response in the comments!

14 Ways You Know You're an SEC Fan