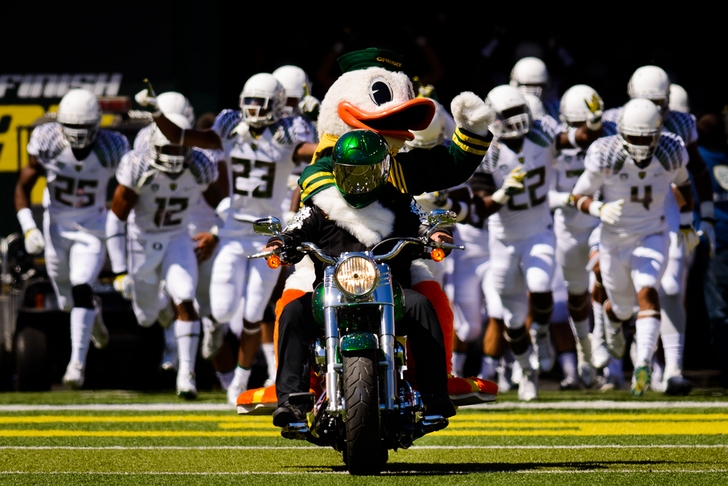 The SEC is the most dominant conference in college football today, but the Pac-12 has closed the gap and has been every bit as good as the SEC in the last few years. Stanford has replaced Oregon as the conference's best team (though that might change this year), and several impressive coaches and their programs are on the rise (Arizona State, UCLA, USC).

Along with flashy uniforms and up-tempo offenses, we can count on the Pac-12 to entertain us with high-profile matchups and intriguing storylines. What will the conference give us in 2014?

The Ducks have tried to get back to the top of the Pac-12 since their loss in the BCS National Championship Game to Auburn in 2011, but keep finding ways to slip up (namely, playing Stanford).

This year, with head coach Mark Helfrich in his second year and quarterback Marcus Mariota choosing to return to school, the stage is set for Oregon to win the Pac-12 for the second time in four years and compete for a national championship.

Stanford will once again sit in the way, but this years' matchup will be in Eugene. A trip to the Rose Bowl to face UCLA will be their toughest test, but no one in the Pac-12 North can really challenge them. As long as the Ducks take care of business, expect them to win the Pac-12 and make the College Football Playoff.

Mariota is entering his third season as the Ducks' starting quarterback, and he's mastered their high-octane offensive system. Not only does he have dangerous speed and running ability (715 yards, 9 TDs in 2013), he's one of the nation's best passers and is extremely smart with the football (3,665 yards, 31 TDs, 4 INTs). If he plays like the guy we've seen the past two years, he might even take the Heisman away from Florida State's Jameis Winston.

The Wildcats had a surprise season last year, headlined by an unlikely upset over Oregon, and head coach Rich Rodriguez's squad is expected improve on their 8-5 record in the coming season.

Arizona will have their third starting quarterback in three years, though, and it's still unclear who will win the five-man battle. Couple that with the need to find a replacement for star running back Ka'Deem Carey, and the Wildcats will struggle to put up points.

With UCLA, USC, and Arizona State competing at the top of the Pac-12 South, plus a road trip to Oregon, Arizona will be fighting to make a bowl game this year.

The Huskies have a new head coach (Chris Petersen from Boise State) and lost their three offensive stars - RB Bishop Sankey, QB Keith Price, and TE Austin Sefarian-Jenkins - so not much is expected from this Washington team.

However, Petersen has a knack for getting the most out of his teams, and they have the potential to take advantage of a top-heavy North division. Oregon and Stanford have separated themselves from the rest of the North, but the third spot is up for grabs.

If the Huskies can take care of business on the road against improving Washington State and Colorado squads, they'll likely finish with a nine-win season.

Stanford had the most tight end production of anyone in the country in 2011 and 2012, but no one stepped up to fill the void last year. Enter Shultz, the top TE prospect in the nation, who figures to make an immediate, badly-needed impact in the passing game.

Helfrich did a solid job in his first year taking over for now-Philadelphia Eagles coach Chip Kelly, but the Ducks faltered a bit down the stretch in losing to Stanford and Arizona. If Oregon can follow through as the favorites to win the Pac-12 and qualify for the new playoff, Helfrich will win this award almost by default. 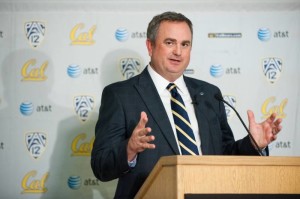 Dykes is only going into his second year as Cal's head man, but there's more pressure on him as anyone in the conference. The Golden Bears went 1-11 last year, and although coaches usually get at least three-to-five years to get their program going, Cal can't afford to be that bad again. Dykes will be safe if they show improvement and win a few conference games - but if not, he'll likely get the early axe.

USC was a team in turmoil a year ago thanks to yet another Lane Kiffin saga, but former offensive coordinator and Washington head coach Steve Sarkisian has taken the reins and should have this team fighting to win the Pac-12 South title.

UCLA is the team that figures to be sitting at the top of the division, and this late-season showdown will likely decide who gets the berth in the Pac-12 Championship Game. The Bruins are 2-0 against the Trojans under Jim Mora, and this is a must-win game if they want to prove their rise to the top of college football is legit.

What do you think we can expect from the Pac-12 this year? How will your team do? Leave a response in the comments!

MORE PRESEASON PREDICTIONS FOR EVERY CONFERENCE