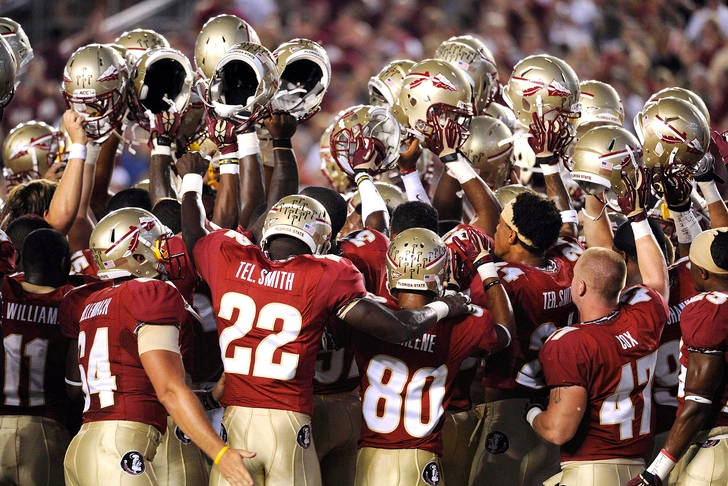 The ACC got some much needed redemption last season with Jameis Winston and Florida State ending the SEC's run of seven national championships, but the conference is still viewed as the weakest of the "Big 5".

Maybe that has something to do with the fact that the Seminoles won every ACC game they played in 2013 by over 42 points per game. Yes, 42.

Louisville should help boost the competition in the conference as they enter their first year in the league, but there is still a lot of unknowns in the ACC heading into 2014.

Last year, it was Duke that gave us a surprisingly good team. Who will the ACC Wheel of Destiny favor this season?

The Seminoles steamrolled through the conference a year ago, and the ACC may be even weaker at the top this year. Clemson faces a lot of question marks with the departures of Tajh Boyd and Sammy Watkins, while Louisville lost Teddy Bridgewater and Miami and Virginia Tech are also looking to replace quarterbacks.

FSU still has an abundance of talent, as well as the reigning Heisman Trophy winner, and they should walk right into the College Football Playoff.

Winston was spectacular in his redshirt freshmen season, and he figures to only improve in his second year under center in Tallahassee. He'll have a new supporting cast, but he's still better than everyone else in the ACC.

They've already lost their top two quarterbacks for some or all of the season, which isn't good for a team that lost a lot of talent from last year's squad that went 5-3 in the ACC. Miami was picked to win the Coastal Division, but Hurricane fans can expect to be middling around the conference standings once again in 2014.

The Blue Devils return more starters than anyone else in the conference, yet are picked to finish in the middle of the division standings. Head coach David Cutcliffe has really turned the Duke program around, although they still don't have the athletes to do a whole lot of damage.

They'll surprise people by winning the Coastal Division again and making it back to the ACC Championship Game thanks to that coaching, but they won't be able to get past Florida State.

Wolford, a true freshman, will be the opening day starter for the Demon Deacons.

Wake Forest likely won't be any good this year, but Wolford is the kind of player who can give a program hope for the future. He has numerous Florida state records (including several of Tim Tebow's), including career passing yards and all-purpose touchdowns. Don't be surprised to see Wolford responsible for an upset or two in 2014.

What's more impressive, taking Duke to a conference championship game or keeping the Blue Devil program at a high level? Cutcliffe is tasked with doing the latter after a breakout 2013, and he has all the tools to keep this program's momentum going.

If Duke gets back to the point they were at last year and hit double-digit wins again, they might as well build a statue of Cutcliffe outside of Wallace Wade Stadium. 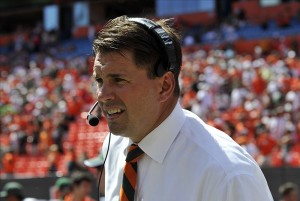 Golden was dealt a terrible hand in dealing with all of Miami's troubles with the NCAA, but that's over and he hasn't been able to get the program back to the elite levels Hurricane fans expect. Patience is running out in Coral Gables, and if Golden doesn't get things turned around (which I don't think he will), he may be shown the door.

The Seminoles will still be undefeated (probably), and their rivals will have nothing on their mind but ending FSU's reign atop the ACC and announcing the return of The U.

Whether that happens remains to be seen, but expect an emotionally charged atmosphere in SunLife Stadium that should produce one of the nation's most entertaining games.

What do you think we can expect from the ACC this year? How will your team do? Leave a response in the comments!