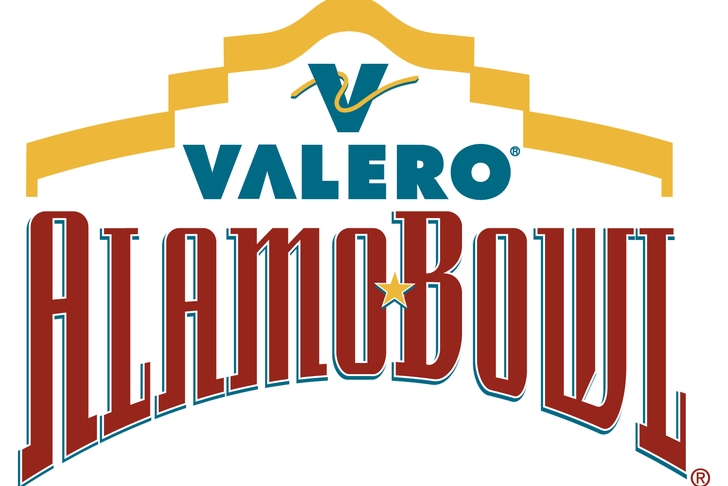 The Alamo Bowl may have been Mack Brown’s final game as Texas’ head coach, but the game belonged to Oregon. The Ducks demolished the Longhorns 30-7. Ultimately, Texas lost the game for the same reason Mack Brown lost his job: Poor quarterback play.

Ekpre-Olomu was more than just a cover corner for Oregon. The 5-foot-10, 185-pound cornerback had 84 tackles for the Ducks, good for second on the team. Ekpre-Olomu picked off three passes, had six pass breakups and broke up nine passes en route to his second straight First-Team All-PAC 12 Conference appearance.

Texas tried to avoid throwing at Ekpre-Olomu. That is a testament to his talent. Ekpre-Olomu was nothing short of spectacular in run support. He has no fear of tackling, wrapping up, and going low.

Ekpre-Olomu also contributed on special teams, pinning a ball at the one yard-line with a sliding grab.

His form in coverage was impressive. Ekpre-Olomu is quick when backpedaling, which will give him some room for error at the next level. He flips his hips quickly and doesn’t get turned around in coverage.

Ekpre-Olomu let Texas’ Marcus Johnson get behind him early in the game, but the pass was overthrown. His coverage wasn’t bad, but he didn’t have any safety help on the play. Olomu was flagged for pass interference late in the game when guarding Texas’ Mike Davis. Ekpre-Olomu’s coverage was actually perfect on the play, but the pass was underthrown and Ekpre-Olomu didn’t turn his head in time.

I really liked what I saw out of Ekpre-Olomu. He looked like future NFL stud.

While there are conflicting reports about whether Ekpre-Olomu will forgo his senior year, he should be one of the first cornerbacks drafted if he turns pro.

Jeffcoat showed he has several NFL-quality moves in repertoire, including a bull rush and a swim move.

Jeffcoat didn’t look comfortable trying to cover running backs when needed. He had a chance to record another sack, but missed Oregon’s Marcus Mariota. Jeffcoat and the Texas defense let Mariota pick up 133 yards on the ground.

Jeffcoat looked like an NFL pass rusher at times against Oregon. He had a solid game, but isn’t on the same level as an Anthony Barr or Jadeveon Clowney.

Huff caught five passes for 104 yards and a score. For comparison, Texas had 56 yards passing as a team. Huff was at his best when getting the ball in space. His TD came when he turned a shovel pass into a 16-yard score. Huff had a great stiff arm of Texas linebacker Peter Jenkins on the play.

Huff had a great leaping catch and absorbed a big hit on the play as well. It showed he can handle the big hit.

Huff lined up everywhere for Oregon; in the slot, out wide and even in the backfield.

Huff did most of his damage, aside from the shovel pass and screens, when he was matched up against a safety. That is great mismatch for him in college, but it won’t be one he’ll get in the NFL. Huff was flagged for a false start.

Huff played great against Texas and looks like an NFL slot receiver.

Huff isn’t big enough to be anything more than a slot receiver at the next level. However, Huff has the potential to be a very good one. He tends to struggle when he can’t get off the line right away, but has more than enough speed to make up for it. Huff can also contribute right away on special teams as a return man.

Byndom has been a full-time starter for the Longhorns since his sophomore year. The 6-foot, 180-pound corner back was second on the team in solo tackles with 42. He had seven pass breakups and seven passes defended. However, Byndom failed to record an interception this year, after having five combined during his sophomore and junior years.

Oregon did not throw towards Byndom if it didn’t have to. On one play where Mariota did throw at Byndom, Byndom made a great diving swat in the end zone to break up a pass. Byndom was solid in run support.

Byndom let Mariota go on a speed option for a big run. Byndom had no help on the play, and stopped the pitch instead of the ball carrier. His technique looks like it needs work.

Byndom never got much of a chance to show his abilities. He will get a real chance when he plays in the East-West Shrine Game.

Byndom has size and potential, but he needs work on his technique. He needs to add some weight as well. He needs to prove that he is a playmaker, as his lack of interceptions this year is disconcerting. Byndom needs some work and is a project, but has the potential to make it at the next level.

Davis had a nice catch on a poorly thrown screen pass.

The Texas pass offense was atrocious. Davis caught just two passes for 12 yards. Most of that wasn’t his fault, but Davis did drop a deep pass that he should have caught.

Davis got no help from his quarterbacks (Oregon had more interception return yards than Texas had passing yards), but Davis didn’t help his stock. His best chance to make an impression came when he dropped the deep pass.

Davis isn’t as bad as he looked in the Alamo Bowl. He is a vertical threat that many teams would like to have. His play will improve once he gets to catch passes from NFL quarterbacks.

Hart has been a full-time starter since his sophomore year. The 6-foot-6, 287-pound defensive end recorded 75 tackles, 6.5 tackles for loss and 3.5 sacks this year.

Hart looked better and better as the game went on. He recorded 11 tackles, but only three of them were solo. He also had two tackles for loss and half a sack. He did most of his damage in run support, including a nice tackle while he was being held.

Hart disappeared at times during the game. Hart seemed to struggle when trying to get to the passer.

Hart played like he has for much of the year: solid and consistent, but nothing spectacular.

Lokombo has been a two-year starter for the Ducks. The 6-foot-3, 229-pound linebacker recorded 63 tackles, seven tackles for loss, three sacks, one pick and a team-high seven quarterback hurries.

Lokombo is good at using his speed to rush the passer. He is too fast for offensive tackles. Lokomobo looked good when trying to get off blocks and showed above-average block-shedding. He also played special teams for Oregon.

Lokombo recorded six tackles, but only two of those were solo. He was quiet for much of the night. He got stiff-armed by Texas backup quarterback Tyrone Swoopes. Lokombo is fast, but overly reliant on the edge rush. I never saw an inside move. He needs to have one to make it at the next level.

Lokombo didn’t do much to affect his stock in a positive or negative way.

I think Lokombo is better than he looked against Texas. He seems to think so. Lokombo could be a 3-4 outside linebacker, but he would need to bulk up quickly. Lokombo could offer late round value as a pass rusher if a team grooms him into an eventual starter.

Thomas was a potential Heisman candidate entering the year, but battled injuries and ineffective play during a disappointing season. The 5-foot-9, 169-pound running back was the team’s fourth-leading rusher with 594 yards and eight touchdowns on 96 carries. Thomas also caught 22 passes for 246 yards and a score. He averaged 24.4 yards per kick return and took one back to the house.

Thomas showed he is fast and can catch the ball from the slot or backfield. He showed nice vision the few times he touched the ball.

Thomas was a non-factor in the Alamo Bowl. He had three carries for 13 yards, two catches for 24 yards and one kick return for 25 yards. It wasn’t just that Oregon didn’t get the ball to Thomas - they didn’t even put him on the field. I’m not sure why Thomas didn’t play, but it begs the question why.

Thomas did nothing against Texas. He had a chance to prove he could make it as a running back, but failed to do so.

The hype around Thomas doesn’t match the production. Yes, Thomas has absurd speed and is a playmaker, but he is too small to be an every down running back. He can (and likely will) be a dynamic punt returner. His career as an offensive player might be limited to being a change-of-pace back or slot receiver. If I were an NFL GM, I wouldn’t take Thomas before Round 4 or 5. However, I suspect his speed will cause a team to fall in love with him and take him in Round 2 or 3, now that he has turned pro early.