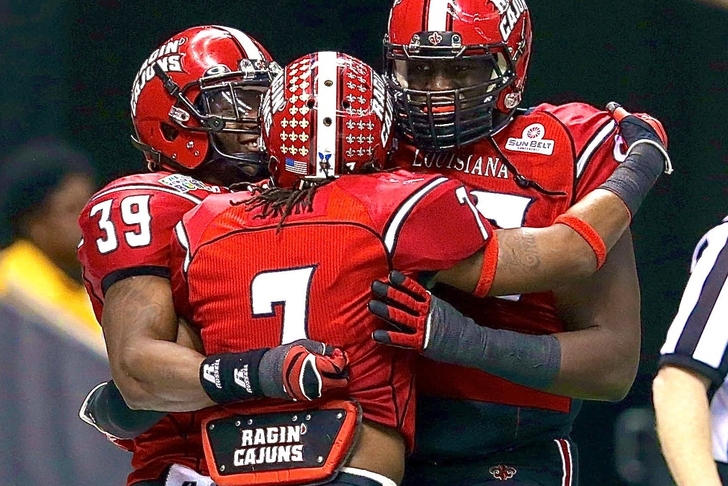 The final bowl game of opening day had the fewest NFL draft prospects. The game itself came down to the final seconds, as Tulane kicker Cairo Santos missed a 48-yard field to tie the game. Louisiana-Lafayette held on to win 24-21.

Grant was the first, second and third option for Tulane’s passing game. Grant caught seven balls for 113 yards. No other player had more than two catches for 63 yards.

Grant showed good hands and ran crisp routes. He put up a solid game despite inconsistent play from his quarterbacks during the game.

He shouldn’t play quarterback, as he threw a pick on his only pass attempt.

Grant played well all game, and likely assured that he will be drafted. He did nothing to hurt his stock as wide receiver. His stock as a quarterback is down though. He has a chance to improve his stock even more at the Senior Bowl.

Grant strikes me as a classic Day 3 wide receiver pick that will develop into a solid pro for several years. While he doesn’t have break-away speed, he runs crisp routes and has good hands. He does need to work on his ball-protection though. His ceiling is probably a No. 2 WR on a team with a superstar across from him.

Yes, kickers are draft prospects too. Santos won the Lou Groza Award given to the nation’s best kicker during his junior year, but didn’t have as good a year this season. The 5-foot-8, 160-pound kicker hit 16 of his 22 field goal attempts during the year.

Santos clearly has a strong leg, demonstrated by his ability to force touchbacks for much of the game.

Santos missed a 48-yarder to force overtime. That’s a lot of pressure, but it is a kick you have to make to play in the NFL.

The missed kick hurts Santos stock. He has a strong leg, but that isn’t always enough in the NFL (see Beuhler, David).

Smart NFL teams don’t even think about taking a kicker or punter until the fifth round. Good kickers have to be confident and have short memories. Santos has the leg, but does he have the mental part? Even if a team thinks Santos does, they won’t take him until round five at the earliest. At the very worst, he’ll get a chance for a team during training camp.