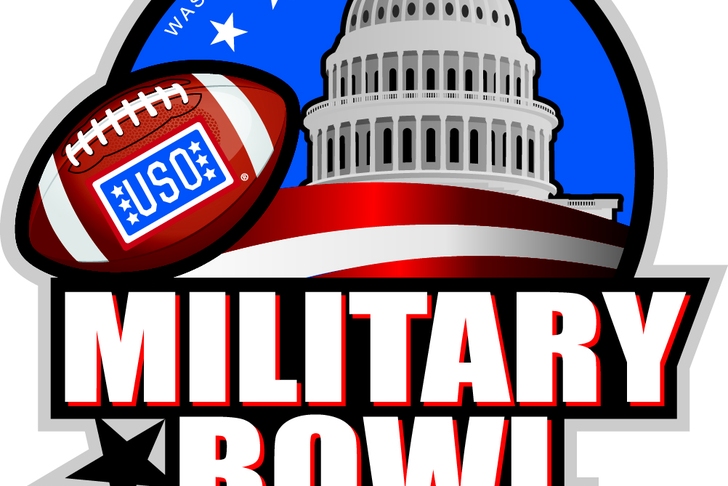 As far as the NFL is concerned, the Military Bowl was one of the least interesting matchups, with just two NFL prospects of note. The game itself was a great one though, with Marshall mounting a fourth quarter comeback to knock off Maryland 31-20.

All Hoskins has done in his career has catch touchdown passes. Hoskins caught 85 passes during his junior and senior years, and 25 of them were touchdowns. The 6-foot-2, 244-pound tight end caught a TD pass in all but four games this year.

Hoskins torched the Maryland linebackers and safeties, catching six passes for 104 yards and two TDs. Hoskins is quick for a tight end; Maryland’s linebackers couldn’t stay with him. Late in the game, Hoskins caught a pass and dragged defenders with him, as Maryland tried and failed to strip the ball.

He has a name worthy of a Burt Reynolds or Will Ferrell movie.

Hoskins lined up in the slot as often, if not more often, than he did on the line. He rarely blocked, as he is clearly at his best as a pass catcher. That’s fine in college, but if Hoskins wants to make it in the NFL he’ll have to improve as a blocker.

Alligators are my biggest fear.

Hoskins showed more than enough pass catching ability to make it in the NFL.

Hoskins is a wide receiver at heart. He’s not a great blocker, and is best operating as a pass catcher. He is undersized for a tight end, and would have to be an H-Back at the next level. He is similar in size and playing style to former Washington Redskins H-Back Chris Cooley. If Hoskins can improve his blocking and contribute on special teams, he has a chance to make it in the NFL.

Whitfield was one of Maryland’s best pass rushers this season. The 6-foot-3, 250-pound linebacker recorded 15.5 tackles for loss, nine sacks, and two forced fumbles. He had 52 total tackles on the season.

Whitfield contributed one tackle for loss and a quarterback hurry on the day. He also had two solo tackles.

Whitfield was non-existent during the game. Aside from the one tackle for loss, he never showed up. Marshall quarterback Rakeem Cato had plenty of time in the pocket, and Whitfield never made a play.

Whitfield never showed up when his team needed him to.