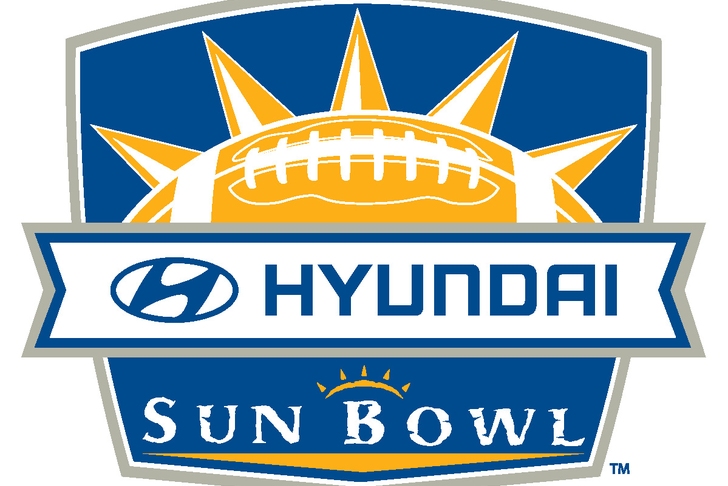 Barr was a running back at UCLA until he switched over to the defensive side of the ball at the start of his junior year. The 6-foot-4, 245-pound linebacker recorded 65 tackles, 20 tackles for loss, 10 sacks, four fumble recoveries and five forced fumbles.

Barr was credited with only three tackles, but he played much better than the stats indicate. Barr was a force all game, despite facing double teams. Barr got pressure all game, and even though he didn’t record a sack, he was nuisance for Virginia Tech.

Barr is fast, and looked like a great speed rusher. His speed helps him in pursuit as well. I liked Barr’s form when rushing the passer. He gets low to the ground and is best when going wide.

Barr had a few arm tackles when in run support. He’s not as talented in run support as he is in rushing the passer. He could use a few more pass rush moves.

Barr is going to be a pass rushing force at the next level. NFL personnel are high on him and he could be the first defensive player drafted. Barr is still raw, but has the potential to be a great pass rusher.

Hundley is only a redshirt sophomore, but has been a starter since his redshirt freshman year. The 6-foot-3, 222-pound dual threat quarterback completed 66.8 percent of his passes for 3,071 yards, 24 touchdowns and nine picks. He also picked up 748 yards and 11 touchdowns on 160 carries.

Hundley is an amazing runner. He picked up 161 yards and two TDs on just 10 carries. Those numbers included a beautiful 86-yard during which he out ran everyone.

Hundley has a pretty deep ball, and is accurate enough with it. He is incredibly elusive in the pocket. He has a strong arm and can make the essential 10-yard out. He completed 16 of 29 passes for 226 yards and two touchdowns.

Hundley’s motion is a little off. It’s quick, but it looks like he is short-arming and pushing the ball too much. He might have to tweak it at the next level.

Hundley has a tendency to tuck and run too quickly. That works well in college, but won’t be as effective against NFL players. Hundley missed some easy swing passes, but is at his best when using short, quick passes. He struggled when his first option wasn’t open, which tells me his progression isn’t where it needs to be right now.

I don’t think Hundley hurt his stock, because he show anything that scouts haven’t already seen.

If Hundley chooses to turn pro, I think he’d be a first round pick. However, I think he really needs at least another year to develop and work on his game. He’s got talent, but isn’t ready to start in the NFL right now. It appears he will return to school for another year.

Zumwalt has started games for the Bruins since his freshman year, but this year was first time he started every game. The 6-foot-4, 235-pound inside linebacker recorded 93 tackles, 5.5 tackles for loss and three forced fumbles.

Zumwalt was all over the field against the Hokies. He was named the game’s co-most valuable player and head coach Jim Mora said it was the best game he’d see Zumwalt play.

Zumwalt had 10 tackles, including several crushing blows. One hit knocked VT quarterback Logan Thomas out of the game.

Zumwalt had a nice interception and return against Mark Leal, Tech’s backup QB.

Zumwalt did record a hurry, but didn’t look great the few times he rushed the passer.

Zumwalt jumped off the screen against Virginia Tech. He looked like the best player on the field, at times, when he was out there.

Anthony Barr gets a lot of the hype, but Zumwalt is no slouch. When scouts look at tape on Barr, they’ll see Zumwalt too. He can be a 3-4 inside linebacker or 4-3 outside linebacker. Zumwalt is a gamer and will be a productive player in the NFL.

Gayle looked solid in run support. He mostly lined up over the right tackle, and flashed a quality rip move.

Gayle disappeared at times, and had a bad offsides penalty. He looks like he will struggle against NFL left tackles.

Gayle didn’t do anything to hurt or help his stock.

Gayle strikes me as a rotational defensive lineman at the next level. I think his best fit will be as a 4-3 defensive end, although he will need to bulk up. He could also become a 3-4 outside linebacker. I view Gayle as a quality player, but nothing special.

Thomas was in the running to be a first round pick just a year ago, but has fallen since regressing after his sophomore year. The 6-foot-6, 254-pound quarterback completed 56.5 percent of his passes for 2,907 yards, 16 touchdowns and 13 picks. The dual-threat QB also picked up 344 yards and four scores on 162 carries.

Thomas is a talented runner. He picked up 49 yards in less than a half of action. He had a great truck-stick move during the game, and doesn’t go down easily. Thomas is big and stands strong in the pocket. Had a great throw on a 37-yard play. He threaded the pass between two defenders and threw it on a rope.

Thomas was 3-11 passing for 46 yards. He was inaccurate for much of the game. He threw off-balanced and missed easy swing passes. He tucks and runs too quickly. He is a run-first, pass-second quarterback.

Despite missing the second half with a concussion after a huge hit, Thomas didn’t affect his stock negatively or positively. This game was a classic-Logan Thomas game: brilliant at times and awful at others.

The Thomas-Cam Newton comparisons have been around for a while now. However, Thomas is not the player Newton is. Thomas has first round potential, but his production is that of a seventh rounder or undrafted free agent. He will likely be drafted higher than he should when some team falls in love with his size and potential. He might need to change positions to stick around in the NFL. He was a highly rated TE recruit out of high school.

Evans started his career at Notre Dame, but transferred to UCLA after his freshman year. The 6-foot-1, 204-pound, wide receiver was UCLA’s leading receiver, catching 47 passes for 709 yards and nine touchdowns.

Evans caught four balls for 92 yards and a score, including an impressive 59-yard touchdown. Evans ran crisp routes, and was able to get open on deep routes.

He had a nice block on Hundley’s long touchdown run.

Evans was the main punt returner for UCLA, until he muffed a punt. Evans tried to field the punt from the side, instead of catching it in the air head-on. He may have lost the ball in the sun, but there is no excuse for muffing a punt.

Evans ran a crisp curl route, but dropped the pass.

I liked what I saw out of Evans. I think he ensured he will be drafted this year. He has a great chance to improve his stock at the Senior Bowl.

I think Evans’ ceiling is that of a solid, but not spectacular, wide receiver. He won’t be a superstar at the next level, but he can serve a solid role on a team. He strikes me as the type of player who will put up more production than his draft position would indicate.

Marsh was a part-time starter in his first two years at UCLA, and a full-time starter since his junior year. The 6-foot-4, 260-pound defensive end recorded 60 tackles, 10.5 tackles for loss and six sacks this year.

Marsh was solid when pass rushing, even recording a quarterback hurry. He also swatted a pass and recorded three tackles.

I wasn’t a fan of Marsh’s pursuit in run support. There were a couple of times where he looked lazy in pursuit. Marsh also struggled at times when trying to shed blocks.

Although I didn’t like what I saw out of Marsh, I don’t think his performance will negatively affect his stock.

Marsh is a tweener. He could play on the defensive line or even linebacker at the next level. Or maybe tight end. Some team will take a flyer on Marsh during the late rounds.

Su’a-Filo has declared for the NFL Draft. He is only a junior, but is 23, having served a two-year Mormon mission. He’s a talented guard, who will likely be a late Day 1 or early Day 2 pick. He needs some polishing on the technical parts of his game, but has the talent to be a Pro Bowler.