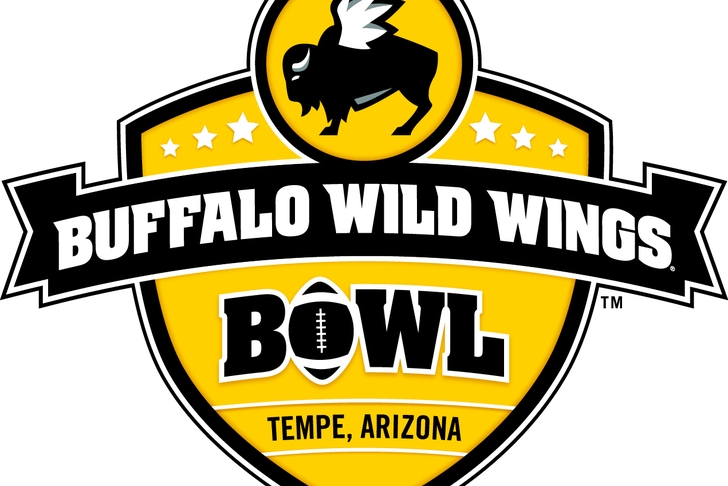 Kansas State handled Michigan easily in the Buffalo Wild Wings bowl, giving the Wildcats their first bowl win in 11 years. Michigan closed its season with another loss, as the Wolverines dropped five of their final six games. There were a few NFL Draft prospects playing, including Michigan OT Taylor Lewan, who could be a high draft pick.

Lewan has been a starter for Michigan since his sophomore year. The 6-foot-8, 315-pound tackle was named a first team All-American by Sporting News.

Lewan looks at his best in the running game. He never seemed outmatched against Kansas State. He had no problems blocking his man. Lewan uses his hands well while blocking.

Lewan isn’t very quick. He shuffles his feet well, but he isn’t as fast as a left tackle should be. He might be a better fit at right tackle, although I think he can play left tackle at the next level. I don’t like Lewan’s form. He seems stiff in his hips and is too bent over. That won’t affect him against the Kansas State Wildcats, but it will affect him against the Kansas City Chiefs.

Lewan didn’t do much to affect his stock either way. He showed some good things, and some things that need correcting.

Lewan is easily the second-best senior offensive tackle prospect, behind only Texas A&M’s Jake Matthews. His draft position depends on who else turns pro, at several different positions, but I don’t see Lewan falling outside of the top-20 picks. He needs some polishing, but all of his biggest flaws are coachable.

Zimmerman did a little bit of everything for K-State, recording 74 tackles, three tackles for loss, three interceptions, seven pass breakups, and a fumble recovery. Despite missing two games with an injury, the 6-foot-1, 204-pound free safety was a first team All-Big 12 Conference member.

Zimmerman looked good in run support. He was always by the ball, finishing with five tackles. He looked solid in pass coverage, mostly serving as the last line of defense.

Zimmerman looked smaller than what he was listed as. He never jumped off the screen with his play. He strikes me as the type of player who does everything well, but nothing great. I don’t think he is a playmaker.

Zimmerman didn’t play poorly, but he didn’t have an amazing game either. His stock should be unaffected.

Zimmerman can bring several positive elements to an NFL team. He is solid in run support and makes tackles. He can bring some effort on special teams as well. But I don’t think he is the type of player you want as your starting free safety. He just doesn’t make enough plays.

Schofield paired with Lewan to form a solid bookend-duo. The 6-foot-7, 304-pound offensive tackle has spent the past two years as the right tackle for Michigan.

Schofield stood strong while serving as the blind-side protector for Michigan against Kansas State. With the right-handed Devin Gardner out, the left-handed Shane Morris got the start. That put a lot of pressure on Schofield, and he was up to the task.

Schofield struggled with many of the same problems Lewan does. He has slow feet and his form looks a little off. Much like Lewan, he looks too stiff and bent over. However, Schofield has more limitations with regards to his athleticism than Lewan does.

This is a slight stock up, but being able to serve as a blindside protector will help Schofield.

In many ways, Schofield is a poor man’s Lewan. Schofield has good size, but just isn’t as athletic as Lewan. If a team can work with Schofield and improve his technique, he might be able to make it as a serviceable right tackle.

Lucas looks like an NFL offensive tackle. The 6-foot-9, 328-pound tackle was a second-team All-Big 12 selection.

Lucas did a good job of clearing space, especially on run plays. There was one play early in the game where Lucas made a hole by himself, clearing out two defenders.

He had a few foolish mistakes, including a hands-to-the-face and a holding penalty. Both of those came because Lucas got beat by his man. He didn’t look that good in pass protection.

Lucas may look like an NFL player, but I didn’t see that much talent from him against Michigan.

I don’t see Lucas being much more than a swing tackle at the next level. He has some talent, and certainly the size, but not enough to merit anything more than a late round draft pick.

Gallon had a big year for Michigan, catching 89 passes for 1,373 yards and nine touchdowns. The 5-foot-8, 184-pound wide receiver set a Big Ten record early in the year when he had 369 receiving yards in one game.

Of all the Michigan skill position players, Gallon looked the best. He caught nine passes for 89 yards. He looks quick on the field, and can make cuts. Gallon showed no fear going over the middle of the field. He displayed solid hands.

Gallon looked very small on the field. I don’t know if he is as big as listed. He is more quick than fast.

While the rest of the Wolverines struggled, Gallon played well. As the game went along, I started to like his game more and more.

Gallon’s biggest flaw is his size. He is not big, and there will be questions about his ability to hold up in the NFL. He doesn’t have Usain Bolt-speed, relying instead on his quickness and cuts to get open. He served as Michigan’s punt returner and might be able to carve out a role as a special teams guy at the next level. If Gallon gets a shot to show what he can do, I think he might just be able to make it.