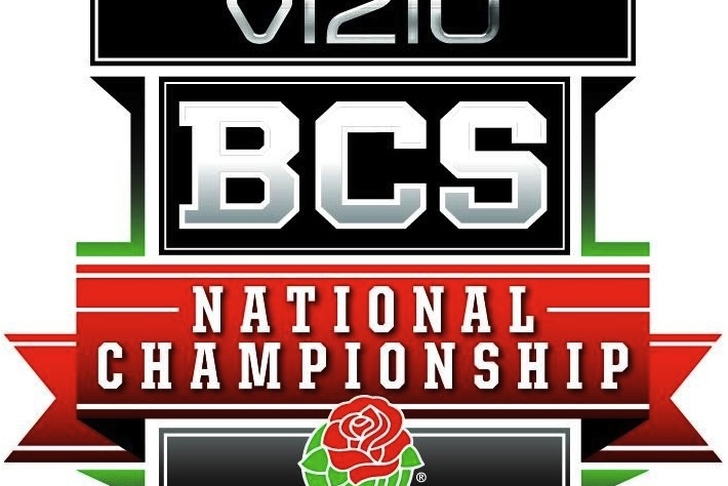 The BCS era is over, and it went out with a bang. Florida State scored with just 13 seconds left to defeat Auburn and end the SEC’s eight-year run of domination. Al King and I split this game because of the amount of prospects playing. Al's recap of the Florida State prospects will be up shortly.

Robinson is only a sophomore, but he has been a starter since his redshirt freshman year. The 6-foot-5, 320-pound left tackle has already decided to turn pro.

Robinson looked like a great run blocker, which isn’t surprising given Auburn’s ability to run the football. Auburn preferred to run behind Robinson. He looks like a mauler. Robinson was solid in one-on-one pass protection. He had a great downfield block on a screen pass to help spring a touchdown. Despite his size, he looked like he had quick feet.

It looked to me like Robinson had some minor struggles when facing stunts. He had a bad holding call that negated a third down conversion. He was also lit up by Mario Edwards on a play, with Edwards knocking Robinson over.

Robinson looked like the best run blocking offensive tackle in this year’s class.

I view Robinson as the second best offensive tackle in this year’s draft, behind only Texas A&M’s Jake Matthews. He is a great run blocker who can play left tackle at the next level. I think his best fit will be on a team that will utilize his run blocking skills.

Mason was Auburn’s best offensive weapon, carrying the ball 317 times for 1,816 yards and 23 touchdowns. The 5-foot-10, 205-pound running back also caught 12 passes for 163 yards and a score. Mason finished sixth in the Heisman voting.

Mason was a workhorse for the Tigers, picking up 195 yards and touchdown on 34 carries. Mason showed he has good vision, quickness and isn’t afraid to lower his shoulder and take a hit. He did a great job of keeping his legs moving. He had a nice 42-yard touchdown catch on a screen as well.

Mason wasn’t always on the field during obvious passing downs, because his pass protection is poor. When he did have to pass block, he looked tentative.

Mason’s stock has done nothing but rise since the SEC Championship game.

Mason should be a Day 2 pick now that he has turned pro. He has the durability and size to be a workhorse back and the game-breaking ability to be a big-play threat. I expect him to be one of the first running backs drafted.

Ford recorded only three tackles, but two of them were sacks. He looked like a great pass rusher and was best when using his speed on edge rushes. He spent time standing up and with his hand on the ground.

Ford got a decent push on a few run plays, but was clearly better as a pass rusher. He also had a missed tackle.

NFL teams need pass rushers and that is exactly what Ford is. His best fit is as a 3-4 outside linebacker and he is undersized to be a true 4-3 defensive end. However, he could be a fit as a “LEO” defensive end, which is an undersized defensive end that plays standing up. Ford needs some work in the running game, but his abilities as a pass rusher should get him drafted early.

You might know Davis as the player who did this. However, the 5-foot-11, 200-pound cornerback has been a three-year starter for Auburn. Davis was second on the team with 74 tackles and led the team with 15 pass breakups. He did not have an interception during the season.

Davis offers add ability as a return man and didn’t waste time dancing when returning a punt. He recorded five tackles and showed no fear of tackling.

What I didn’t liked:

Davis struggled in coverage. Jameis Winston had no problem targeting him and didn’t try to stay away from him. Davis got beat when he bit on a double move, but was lucky the pass was dropped. He had two critical errors during Florida State’s game winning drive. The first was a pass interference penalty that put FSU in great position. On the very next play, Davis gave up the game-winning touchdown.

Davis struggled in pass coverage in the biggest game of the year, so his stock has to go down at least a little bit.

Davis is a better player than what he looked like in coverage against FSU. He’ll likely be a Day 3 prospect that can come in and contribute on special teams right away.