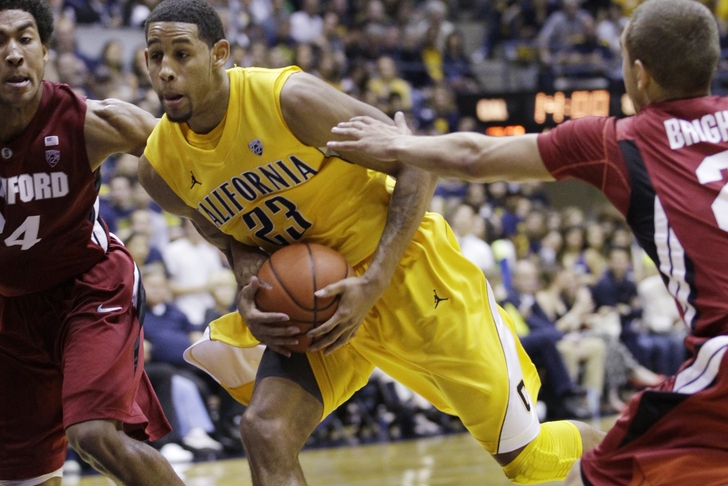 The Chat Sports' Men's Basketball NCAA Bubble Watch is happy to say that Super Bowl XLVIII, otherwise known as "The Silence of the Horses," is in the books.

Can you hear them, Peyton?

Baseball is two months away from games that mean anything, and the NBA is in the weird pre-All Star game holding pattern it enters around this time every year. This means that the Atlanta Hawks will be playing to raucous crowds...

Ok--raucous crowds consisting of the concessions staff and the moms who bring them their lunches.

Anyway, the week after the Super Bowl can be a depressing time for our football-obsessed nation, but don't fret - it's time for college basketball to take center stage once again!

Remember the despair over your brackets last year? Remember how good it felt to cry again? You owe Florida Gulf Coast for all the money you saved on therapy bills.

We are just under six weeks away from Selection Sunday, which means that you have just 41 days to figure out the who's who and what's what of the 2013-14 NCAA Men's Basketball season. We here at Chat Sports have you covered. For the next six weeks, we'll focus on the teams who'll be sneaking into your bracket and ruining your gambling life come March...and the teams who will cry foul when they get robbed (or at least make Dick Vitale convulse while spitting vowels at the ESPN camera crew).

Saturday's 60-58 home victory over the (then) #1 Arizona Wildcats is the perfect resume builder for the Golden Bears, who snapped a three-game losing streak in the process (which included handing USC their only win in conference this season).

Victories over Oregon and Stanford are critical bullet points for an uneven Cal team who need them to escape the stink of an 18-point neutral site loss to Dayton back in late November. Five or six more wins in their final nine - plus a decent showing in the Pac-12 tourney - and the Bears should be dancing come March.

The McAdoo/Paige show has been a bizarre one in 2013-14. On the one hand, North Carolina is the 2nd-highest scoring team in the ACC (76.0 ppg) and the best rebounding team in the league (44.2 rpg). They boast wins over #9 Michigan State, #14 Louisville, and #18 Kentucky, with the victory over the Spartans coming in East Lansing.

That should be more than enough. Why is this immensely talented squad on, or even near, the bubble?

This is what happens when you lose to Belmont AT HOME, and UAB on the road. This is also what happens when you're mired in an up-and-down start to conference play that includes a home loss to the 11-10 Miami Hurricanes. The Tar Heels have just 14 wins almost halfway through their conference schedule, and they need to stabilize in a hurry.

The good news is that if the Tar Heels can just tread water over their final 10 games (and win one or two in the ACC tourney), the quality victories in their pocket will make them a lock to be a Sweet-16 upset pick in brackets come tourney time.

Before you pee in my Cheerios on this one, hear me out.

Lousiana Tech's resume' hinges on one very impressive victory, a 102-98 thriller over the  #21 Oklahoma Sooners in Norman. They should finish with just three games against the RPI top 50. They lost their two games against Southern Miss and UTEP--the current cream of the crop in Conference USA.

They have the top scoring offense in the conference by seven full points over the #2 team, East Carolina. They are also posting 9.65 steals and 44.5 rebounds per game, both good for #1 in the conference as well. Aside from a test at UAB on March 2nd, the Bulldogs don't play another team in conference play with more than 12 total wins.

There's a very good chance that La. Tech can finish 7-1 or 8-0 in their final eight, giving them 25-26 wins going into the Conference USA tournament. Even if they win just one game there, I don't see any way the committee can leave them out, despite their relatively weak resume.

The Cardinal's metrics don't look all that impressive on first glance, including just 14 overall wins with nine games remaining.

However, they've taken both #2 Arizona and #10 Michigan to the limit, and have victories over UConn and Oregon on the road, along with Arizona State at home. The Cardinal also hold their own tournament destiny completely in their hands, as they still have games left against at Cal, Arizona, and Arizona State on the road, along with UCLA and :pant pant pant: Colorado at home.

Win two or three of those, and they should end up around 19-20 wins - in this extremely balanced conference, that should be enough to sneak them into the dance (provided they don't lay a giant stink bomb in the Pac-12 tourney.)

I just don't see it.

Wins over #18 Kentucky and #19 Oklahoma State should be enough.

Yet, prior to the upset in Stillwater, Baylor had lost five straight, and six of seven. Their offense has been on again, off again, and then off some more-- Heslip's dead-eye accuracy (47.3%) beyond the arc is seemingly the only dynamic moving part in this offense.

Losses at Texas Tech and at home to West Virginia are killers, and you can also argue that the Bears have one of the toughest remaining schedules in the country. If the offense figures themselves out, (and Baylor can ride the momentum of the shocker over the Cowboys,) then there is a good chance their dance card will be punched...but...there are just too many "if's" and "but's" right now.

Stanford in, Cal in, Colorado out?

Colorado has victories over Kansas, Oregon, and Harvard at home, and is above .500 in the murder-conference-of-death-die-kill that is the Pac-12. What on earth am I thinking leaving this team out?

Before going down with an ACL tear against Washington on January 12th, the electric junior point guard was leading the team in scoring (14.7 per game), assists (3.8 per game), and minutes (31.1 per game).

Losing Dinwiddie doesn't just mean losing numbers--it means losing one of the best perimeter defenders in the nation and a player who leads by example.

The Buffaloes are just 2-3 since he went down, not including the loss at Washington where he suffered the injury. Looking over their remaining schedule, they only have 2 to 3 wins that jump off the page. If they can't recover from losing (previously) projected NBA first round pick Dinwiddie and soon...the NIT will have some home games in Boulder.

There just isn't a lot there when you look at the Hoosiers' resume' right now. Ok, they have a close win against the suddenly mortal Wisconsin Buzzcuts at home, and a recent shocker over Michigan, but not a lot else.

Add to this the fact that they have three bad losses against the mediocre trifecta of Notre Dame, Northwestern, and Illinois, and boom should go the dynamite on the Hoosiers' tourney hopes.

The one caveat is that this is Indiana. Their remaining schedule could produce five wins--if looked at sideways with a magnifying glass, but still. Their name alone can get them in with 19-21 wins.

Sophomore guard Yogi Ferrell has been a revelation, leading the team with 17.8 points and 4.0 assists per game, and it's possible he goes supernova and wills this team to the Dance...but after Ferrell, the ball-handling drop off is staggering. The next highest assist total per game? Forward Will Sheehey with 1.9 per game.

Wake has very solid victories against North Carolina and Richmond at home, but no road victories to write home about. They are shooting 31.3% beyond the arc and 64.8% at the line, both near the very bottom of the ACC.

What keeps them relevant is their defense, which has kept them around in several games where they probably shouldn't have even sniffed a victory. They are also solid inside and grab rebounds like crazed, cocaine-addled vultures.

They still have two games against Duke and a home game against Clemson to find enough offense to flesh out their resume'--as of now, however, the Deacon won't be capital-D Dancing this March.

Justin Lee is a featured columnist for Chat Sports. He likes applesauce, his milkshake is of mediocre quality, and he may have a weird obsession with Wake Forest's mascot. Check out some of his other work: