NCAA Football Playoff Predictions: The SEC West Will Get Two Teams In The Playoff 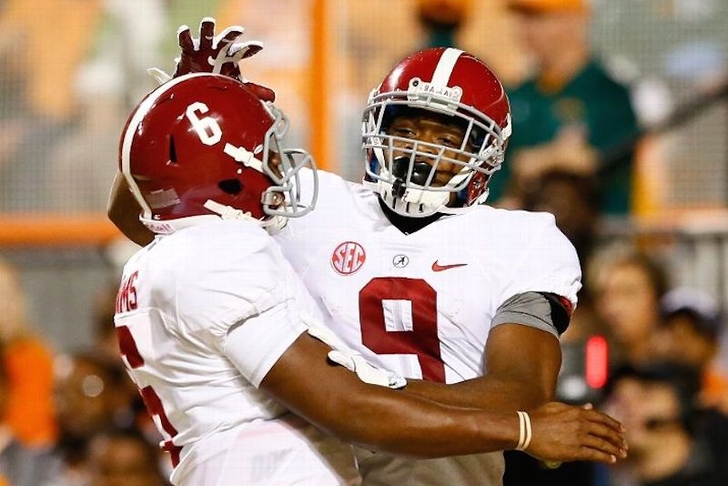 This Saturday is going to be the make-or-break weekend for a lot of one-loss teams around the country, and the College Football Playoff picture should become more clear as a result.

That being said, there's still a month left in the regular season. Who will be the teams left at the top in December?

Auburn is in prime position for the playoff at the moment, but they still have a huge matchup with in-state rival Alabama coming up at the end of the season. That game is in Tuscaloosa, so I expect the Tide to win, which would give the Tigers a demoralizing second loss that would drop them out of the SEC West race and out of the College Football Playoff.

This Week: Sat. at Arizona State

Notre Dame has a chance to grab their biggest win of the season Saturday in Tempe, but they don't have any opportunities to get the key wins they need after that. The biggest games they have left are against Louisville and USC, both of whom already have three losses. The Irish will win out, but they won't have the marquee wins to jump the teams ahead of them on this list.

This Week: Sat. vs. Ohio State

Michigan State finds themselves in the same position as Notre Dame - Ohio State provides an opportunity for a good win this weekend, but it's not as good as the wins the teams above them will have and they don't have anything else to fall back on. The Spartans are good and will win out - their resume just isn't good enough.

If TCU wins this weekend over Kansas State (as I expect they will), they'll put themselves in the playoff for now. After this weekend, TCU doesn't play another game against a team with a winning record. That will open the door for a team with more big wins to jump them and leave them out, as I expect will happen.

This Week: Sat. vs. UT-Martin

This is going to be the committee's biggest problem. I think Mississippi State - who's currently the best team in the country - will lose to Alabama in Tuscaloosa and lose the SEC West to the Tide on a tiebreaker, but that will be there only loss.

That will pit them against the other one-loss teams of TCU, Michigan State, and Notre Dame, and the Bulldogs have big wins over Auburn, Ole Miss and LSU on the road. None of the other three have a win that can match any of those, so the Bulldogs will get in over those other teams.

This Week: Sat. at Utah

Oregon is in control of their own destiny. They're currently in the playoff and don't have any real challenges ahead of them (except for maybe Arizona in the Pac-12 Championship Game). Quarterback Marcus Mariota should guide this team into the playoff with ease.

This Week: Sat. at LSU

Alabama is currently on the outside looking in, but have plenty of opportunities to bolster their resume. If they can get wins over LSU, Mississippi State, and Auburn in the next four weeks - then go on to win the SEC Championship, as I expect - they'll be in the running for the top overall seed.

This Week: Sat. vs. Virginia

Florida State is in prime position to be the only undefeated team in the country going into the playoff. They won't face a ranked team until Duke in the ACC Championship Game rematch, and they have so much more talent than the Blue Devils. The Seminoles should walk into the top seed of the playoff unblemished.