NCAA Bracket Watch: Odds of a Perfect Bracket and Potential Second Round Upsets 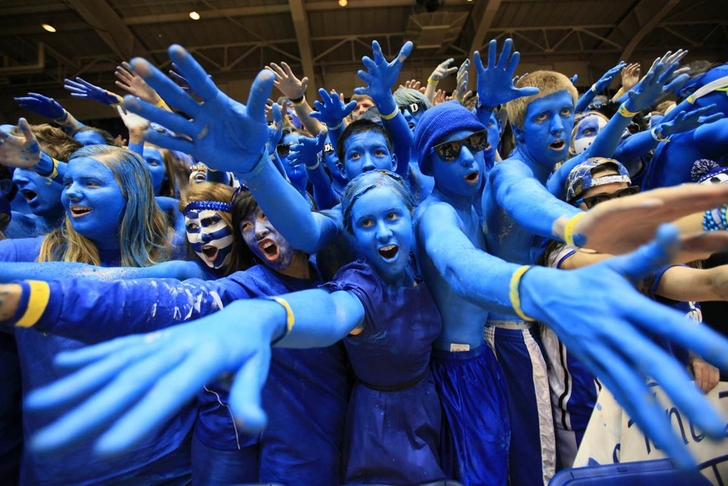 Is there a better place to find upsets, a roller coaster of emotions and intensity then in the NCAA Tournament. March Madness is arguably the biggest sporting spectacle in the United States, each year millions of Americans fill out their brackets attempting to predict the results of 63 games played over an eighteen day span. According to Depual University math professor Jeff Bergen, there is 9,223,372,036,854,775,808, 9.2 quintillion or 9.2 billion billions, different ways to fill out a field of 64 NCAA brackets. How did he get to that number, check it out yourself.

So with all that said, let's take a look at some second (first) round games that could be early bracket busters.

Each season it seems that there is a No. 12 seed upsetting a No. 5 seed during the first wave of games. In last year's tournament, three of the four 12/5 games were upsets. There has been at least one of these upsets in each tournament dating back to 2008 and aside from the one year gap in 2007, it goes back to 2001.

This year there are some prime candidates to continue the 12/5 upset streak going.

The Lumberjacks of Stephen F. Austin are coming in on a 28-game winning streak, second longest streak behind only Wichita State who is a No. 1 seed. VCU is coming off of a loss to St. Josephs in their conference tournament championship game but have won seven of their last ten.

This is my favorite pick of the first round upsets as VCU has had some games where they don't look to be the same team and the Lumberjacks have all the confidence in the world. SF Austin shares the ball exceptionally well and with an average of 16.6 assists per game they rank eight nationally in that category. For the upset to happen though, the Lumberjacks will need to be smart with the basketball and not become frantic when VCU unleashes their "havoc" pressure defense. If they are able to do this, then I think this 12 seed will advance.

This one is quickly becoming a very popular pick amongst "experts" and bracketologists out there. It's not hard to see why as Harvard comes in ranked just outside of the top 25 and brings in a top-100 offense against a Cincinnati squad who has struggled to score all season long. The Bearcats only average 68.7 points per game and have only hit the 80-point mark six times this season. While the signs are there, I'm not as confident in this one as I am some others.

Harvard will show off their offense and shoot a high-percentage from the field allowing them to advance into the second round.

A game that features two teams who are moving in opposite directions, the NC State Wolf Pack won of five of their last six with three of those wins being against tournament teams (if you count Xavier). NC State has already played in one of the play-in games as Sophomore T.J. Warren led the Wolf Pack to victory over Xavier to advance to this game. Warren has been on an absolute scoring tear of late and has scored over 20 points in each of his last five games, highlighted by a 42-point performance against Boston College.

On the other side, the Billikens of St. Louis have lost four of their last five games and come sputtering into the "big dance" after losing in their conference tournament to St. Bonaventure 61-58. Throughout the season St. Louis looked nearly unstoppable and had a 19-game winning streak. Then March came, this is the worst time to struggle if you are a college basketball team and unfortunately for the Billikens that is exactly what they are doing.

Whenever you have a guy scoring like T.J. Warren you always have the chance to win and unless St. Louis can find their old magic, they may be going home early this year.

For me this is one of the easiest upsets to pick in the first round. In fact, the only reason this is considered an upset is because of the seeding. Pittsburgh plays in a tougher conference, has a better record and led by two senior leaders. The time is now for this Pittsburgh Panthers team to make a run, unfortunately it will be at the expense of Colorado.

The seniors for Pittsburgh are going to play like there is no tomorrow and will their way past the Buffaloes.

It has been a seven year drought since George Washington was last in the tournament, while the Memphis Tigers have been in six of the last seven years. Memphis always puts an incredibly athletic team on the court and this year is no different. A team that lives inside the arc, they are twenty-third overall in field goal percentage and third in assists per game this season.

This has been a game that many have tabbed as an "upset," however I don't agree and I feel that Memphis will get by the Colonials and advance.

I'm sure it won't, but I hope that this helps you in your unbelievably impossible quest to fill out that perfect bracket. Happy picking!