Most Underrated FBS Players of 2013 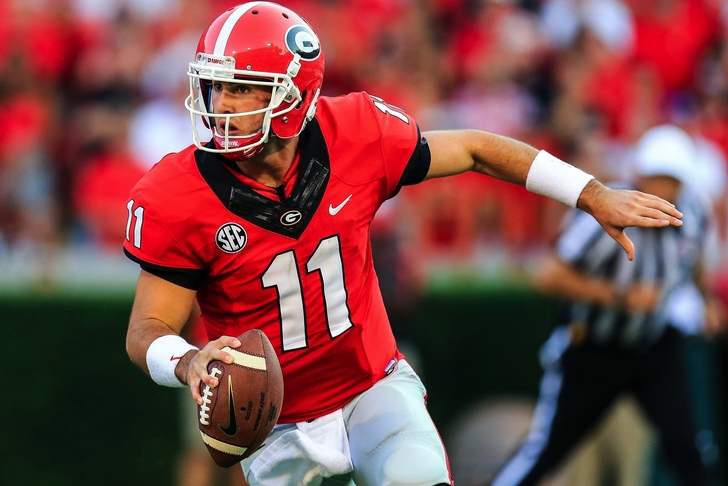 Now that the college football season has been over for more than a month, the time seems ideal to look at how the season shaped statistically. There were a few players that kept reappearing on the stat sheets, and it's time they received some credit. So let's see who was often overlooked in 2013:

Reynolds' leadership of Navy's heavy rushing attack led the Midshipmen to a 9-4 season in 2013. Reynolds rushed for 1,346 yards this season, making him the team's leading rusher. Reynolds tallied 31 rushing touchdowns this season, which tied him with another player on our list for most in the FBS.

Bibbs' was a workhorse in the Rams' offense, rushing for over 1,700 yards this season. He tied with Keenan Reynolds for most rushing touchdowns this season. Bibbs also rushed for over 300 yards against Nevada this season. You'll be guaranteed to hear this name more next season, as he is just a sophomore.

Switzer definitely showed off his speed and elusiveness in 2013. He returned five punts all the way for touchdowns. He also added three touchdown receptions. North Carolina is going to benefit from him for at least two more seasons due to him being just a freshman.

Cato was electric in 2013, throwing for 3,916 yards and 39 touchdowns. He also showed that he was extremely efficient by only throwing nine interceptions. Cato is creating a very good case for being Marshall's best quarterback ever by surpassing the 10,000-yard mark this season. Cato also proved that he can do it on the ground as well, adding six rushing touchdowns.

Murphy is going to be a great addition to any 3-4 defense in the NFL. He totaled 15 sacks in 2013 and even returned an interception for a touchdown. With his enormous size and skills, I'm not quite sure why everybody isn't talking about him going very high in the draft.

Shaw won every game that he started at home and became the winningest quarterback in South Carolina history this past season. He only threw one interception during the regular season while throwing for 24 touchdowns. Shaw came into the Missouri game late due to an injury and orchestrated one of the best comebacks we saw in 2013. The South Carolina offense will miss his leadership greatly.

Andrews helped the Hilltoppers to an 8-4 season by tallying over 1,700 rushing yards. He was also able to catch 41 passes, making him the number two receiver on the team. Andrews broke 100 yards rushing every game except for a win against Kentucky, where he rushed for 99 yards.

Murray being on this list might make you scratch your head a little. Point blank: Aaron Murray can execute the play action pass better than anyone in the country. Not to mention that he is now the SEC's all-time leading passer, throwing for over 13,000 yards.

Last but not least, Snead had over 1,500 yards receiving this year and hauled in 15 touchdowns. Snead's statistics point to him being a match-up problem all season, as he broke 100-yards receiving in all but three games.

Is there a player that I forgot to mention? Let me know by harassing me on twitter @griffaldo.