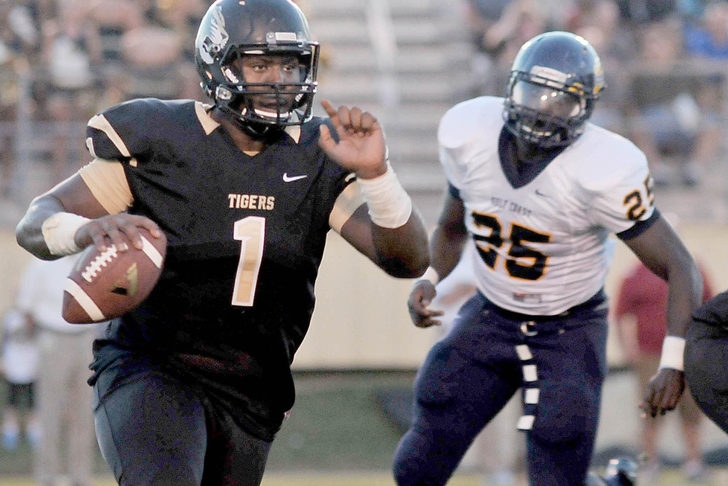 ...and by storm, we mean a Cloudy With a Chance of Meatballs-style storm. This is Ole Miss QB Jeremy Liggins, a juco transfer who clocks in at (supposedly) 297 pounds. Liggins is listed as an 'athlete' on the official Ole Miss documentation, but Hugh Freeze gave him a shot at QB during the Rebels' spring practices. He probably won't win the starting job over Bo Wallace, but you can look forward to seeing plenty of Liggins in short-yardage situations.

The 25 Most Expensive Tickets in College Football