Meet The Youngest Head Coach In College Basketball, A 23-Year-Old Who Looks 15 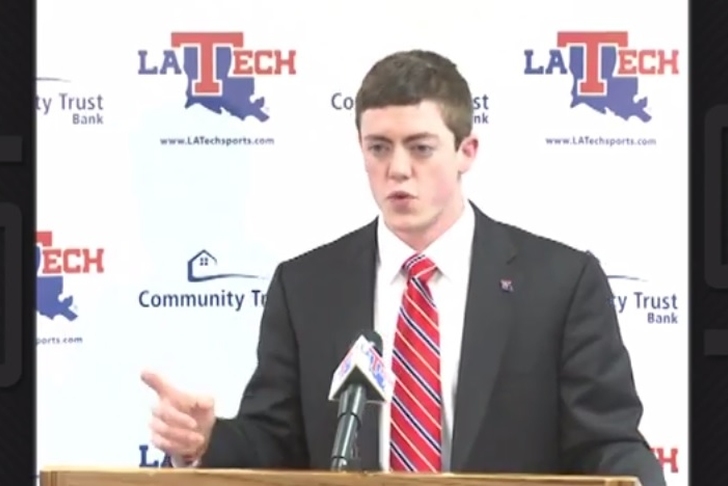 "Let's address the elephant in the room...I'm not fifteen years old, even though I look it," says Louisiana Tech's new head coach, Tyler Summitt.

Summitt, 23, is the son of legendary women's basketball coach Pat Summitt, whose legacy at Tennessee included eight NCAA titles and six NCAA Coach of the Year awards. The younger Summitt - who spent two seasons coaching at Marquette after playing for Tennessee himself as a walk-on - is less than a year older than the oldest player on Louisiana Tech's team.