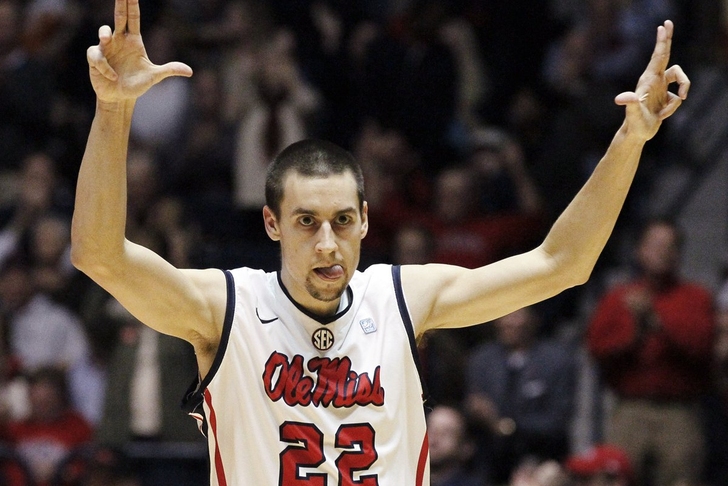 Former Ole Miss star Marshall Henderson has had a tough go of it in the media as of late.

After this group of controversial tweets about the drafting of the NFL's first openly gay player, Michael Sam, many analysts believed that it couldn't get any worse for him from a draft stock standpoint.

Yet, when asked about his professional future at a basketball tournament in Kentucky on Saturday, Henderson may have proved those analysts wrong.

"I told my agent, I'd strap on a bomb and go to Afghanistan to play," Henderson said, via Luke Winn of Sports Illustrated. Marshall quickly realized the potential mistake he made with his statement.

"I should have said bomb vest," Henderson told reporters before walking out of the gym.

At the current moment, most projections have Henderson going unpicked in the 2014 NBA Draft.

This will probably not help matters.

Thanks to Mike Cardillo of The Big Lead and Luke Winn of Sports Illustrated for the find.