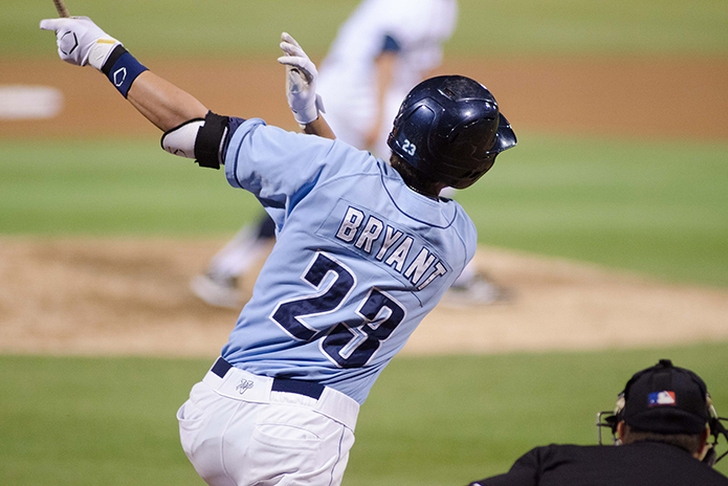 The NCAA College Baseball tournament is officially underway with regional play starting today. Everyone follows basketball's March Madness, but the NCAA baseball tournament is just as good, and arguably more ripe with professional prospects. Between the 64 teams playing at 16 different sites around the country today and throughout the weekend, there are countless future Big Leaguers to catch in their early years. Here are a few of the more notable ones.

The Sooners are the No. 2 seed in the Blacksburg, Va. Regional, along Virginia Tech, Coastal Carolina and Connecticut. Gray actually started the season as Oklahoma's second starter, behind fellow top prospect Dylan Overton. But Gray's 1.55 ERA and 127 strikeouts in 110 innings opened the eyes of the Sooner coaches and scouts around the nation. His numbers are outrageous, in addition the aforementioned ERA he also has a 127-to-21 strikeout-to-walk ration, a 9-2 record and three complete games (including two shutouts). Opposing hitters are batting .181 off of him. He throws consistently in the high 90s with his fastball and has a hard slider that he throws in the high 80s, stuff that teams salivate over. The only question seems to be regarding his durability, but what's new when it comes to pitchers?

The Toreros are the No. 3 seed in the Los Angeles Regional, which is considered by many to be the toughest as it also contains UCLA, Cal Poly and San Diego State, all of whom could easily find themselves in a Super Regional next weekend. Bryant has become somewhat of a cult icon with his nation-leading 31 home runs, the man-crush of college baseball fans and media around the country. His 31 dingers are the most in three years, since college baseball switched the the noticeably less-powerful BBCOR bats. But Bryant is more than just a home run hitter. He's hitting .340, has an absurd .500 OBP and is slugging an even more absurd .840, tops in the nation. Perhaps most amazingly, he's actually walked more times than he's struck out (62 BBs to 40Ks). The big question for him is his defensive position. Scouts aren't confident with his ability to play third base at the next level, and his value would be greatly diminished if he were switched to first base. He certainly has the arm to play right field, but just like at third, his range and quickness are a question.

The Tar Heels are the No. 1 overall seed nationally, and host Florida Atlantic, Towson and Canisius in the Chapel Hill Regional. UNC is absolutely loaded and understandably a favorite to win it all in Omaha, and Moran is one of the big reasons for that. After leading his team with a .365 average as a sophomore, Moran came back just as strong this year, batting .357 with a team-high 13 home runs and 84 RBI. What's most impressive about Morgan is that he simply doesn't strike out, doing so just 20 times in 235 at-bats this year. He answer a lot of questions with his play in the field this year, showing he's capable of holding down the hot corner at the next level.

The Lobos are the No. 3 seed in the Fullerton, CA Regional, hosted by No. 4 overall national seed Cal State Fullerton, and joined by Arizona State and Columbia. Peterson is hitting an unfathomable .411, good for third-best in the country, not to mention a .525 OBP (also third in the country) and an .823 SLG (second nationally behind Bryant). The only thing that keeps him out of the discussion for top pick is the consensus that he's already maxed out his potential, which clearly isn't all too bad with him.

The Razorbacks are the No. 2 seed in the Manhattan, KS Regional, along with host Kansas State, Bryant and Wichita State. Stanek is their ace, posting a 9-2 record and a 1.40 ERA in 90 innings pitched. He's shown solid control with a 76-35 K-BB ratio and good stuff with a .215 opponents average. In terms of pure "stuff," Stanek isn't thought to be quite the prospect that Jonathan Gray is, but he has proven himself a gritty pitcher who battles, something invaluable in the pro game.

The Bulldogs are hosting South Alabama, Mercer and Central Arkansas in their Starkville Regional, but are by no-means a shoe-in to be playing next weekend. Renfroe is a very well-rounded hitter, batting .346 with a team-high 15 homers and 52 RBI, as well as an impressive .649 slugging percentage. He showed decent speed, stealing bases with a 75 percent success rate and holding his own in center field. But if a pro team decides he can't cover the ground of a Big League park, he's also done a bit of catching in his three years in Starkville and could be converted their easily.

The Gators are way back as the three-seed in the Bloomington, IN Regional, behind host Indiana and Austin Peay, and in front of Valparaiso. Crawford does not have the numbers of some of the other top prospects in this class - he's never had an ERA below 3.00 and won't this year either, finishing the regular season at 3.84. He has a respectable 2-1 K-BB ratio, but nothing that wows scouts. What wows scouts is his potential, such as when he took the ball for the Gators in their first game of the regional in 2012 and tossed a no-hitter, one walk away from a perfect game. He's a project, make no mistake. But he's the type of power arm teams find it hard to pass up.

The Titans host the Fullerton Regional as the No. 5 overall seed in the country, welcoming Arizona State, New Mexico and Columbia. There is tremendous debate across the college baseball landscape over whether Lorenzen projects as an outfielder or a relief pitcher. He has said he wants to play the field, which he's shown himself more than capable of doing, holding down center field for the Titans the past three years with outstanding success. At the dish, Lorenzen is as complete as they come, batting .335 with a team high 50 RBI. Yet it's hard to resist him as a pitcher, with a 2.05 ERA and 18 saves as Fullerton's closer, coming in from center field to throw high-90s with a mid-80s slider.