Is This The Most Blatant Travel Ever To Go Uncalled? 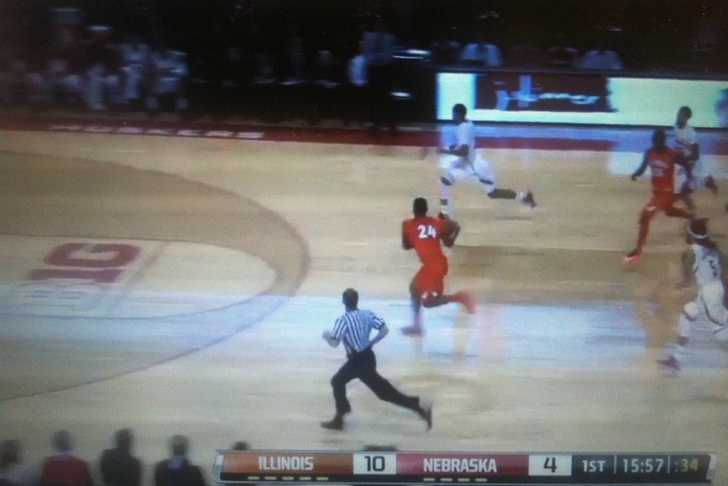 Rayvonte Rice is a shooting guard for Illinois, and he may have gotten away with the longest travel in college basketball history on Wednesday night.

Early in the first half of Illinois' game against Nebraska, Rice received a pass four or five feet outside the three-point line, and somehow managed to reach the basket and shoot a layup without dribbling the ball once:

Rice may not have taken as many steps as Dwyane Wade in his infamous travel from last December, but Wade was standing still, while Rice covered about 1/3 of the basketball court. Edge: NCAA Refs.