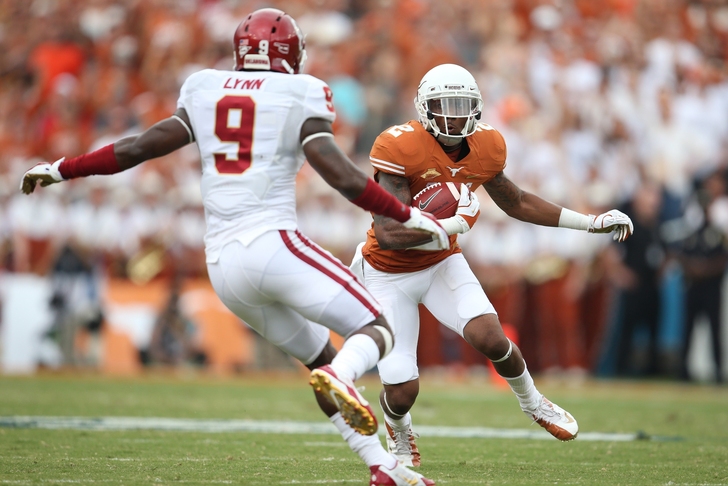 Turning Point: This wasn't decided until the final whistle, when Texas ran out of time. The Longhorns had erased a 31-13 fourth-quarter deficit and trailed by just 5, but they were unable to complete the comeback as Oklahoma shut the door.

Oklahoma Key Stat: 1-11 - The Sooners pulled out the win despite converting on just one of 11 third down attempts. Texas was unable to capitalize until late, but the best of the Big 12 likely won't have that problem.

Texas Key Stat: 2-4 - the Longhorns' overall record is their worst start through six games since 1956.

Oklahoma MVP: The Sooners put on a balanced performance with big contributions on both sides of the ball, bur WR Sterling Shepard gets the nod for his solid all-around game. Shepard had three carries for 25 yards and four receptions for 63 yards and a touchdown.

Texas MVP: QB Tyrone Swoopes didn't get the win, but his performance today was definitely encouraging for the Longhorns. Swoopes nearly pulled off a miracle comeback with his 308 yards on 26/43 passing with two touchdowns and an interception - if he can build on this performance, the Longhorns can at least get their record back into respectable territory.