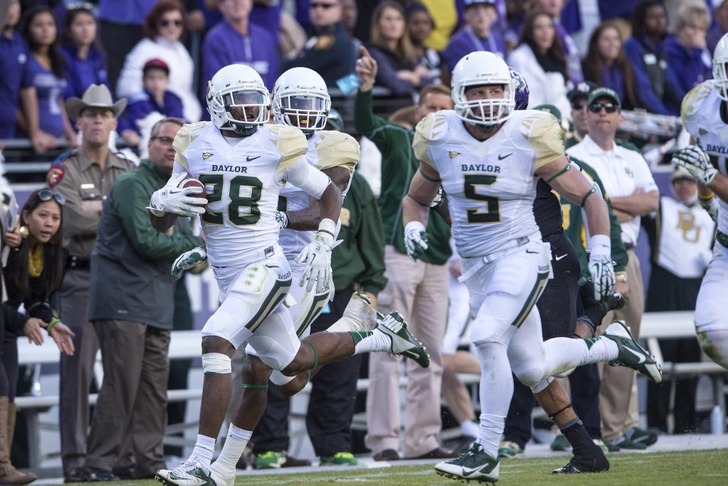 In a battle that will send shockwaves across the national landscape as well as the Big 12, Baylor came from behind to shock TCU and avoid the upset in one of the wildest games of the college season.

Baylor MVP: Bryce Petty - Baylor racked up a ridiculous 782 yards of offense, thanks in large part to the gutty performance by quarterback Bryce Petty. He threw for six touchdowns and 510 yards to lead Baylor to the comback victory.

TCU MVP: Trevone Boykin - After starting off hot, Boykin was a bit quiet for most of the second half. Still, he finished with 287 passing yards and a touchdown, along with 45 rushing yards.

Baylor travels to West Virginia, as they look to continue their rise in the rankings. TCU hosts Oklahoma State in another Big 12 showdown, as they try to get back on track with a win against a ranked Cowboys team.