How Many National Championships Has Oregon Won In Football? 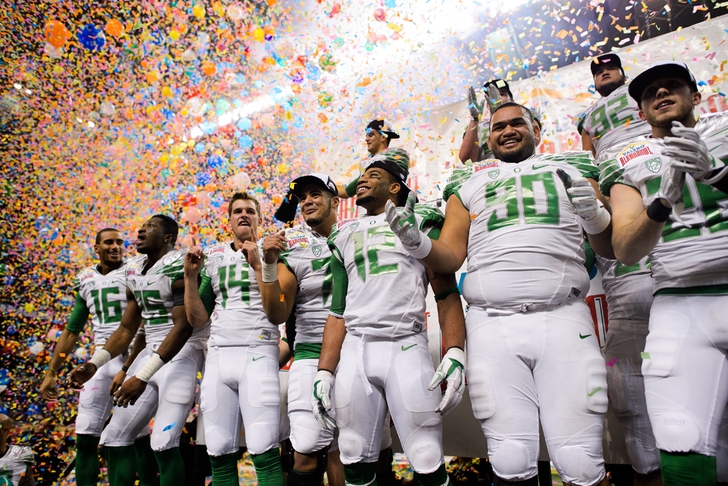 January 12th's matchup with the Ohio State Buckeyes will mark Oregon's second chance of capturing a national title this decade, with the Ducks having lost to Auburn 22-19 in the 2011 BCS National Championship Game.

WATCH: This Oregon National Championship Game Hype Video Will Give You Chills