How Long Does The College Football Championship Game Last? 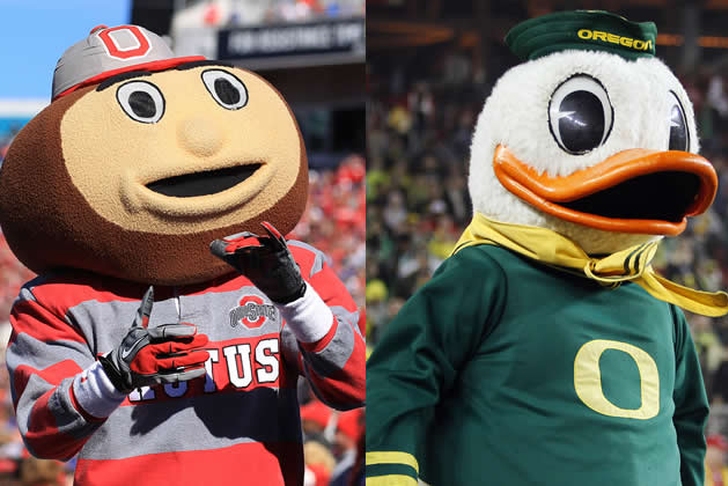 The Oregon Ducks will take on the Ohio State Buckeyes in the first ever CFP National Championship game on Monday, January 12 - and we're here to answer some of the questions fans might have about the upcoming matchup.

The game is scheduled to kick off at 8:30 PM ET, and while it's scheduled to run for three full hours, we wouldn't be surprised if it takes longer than that. Oregon's semifinal game against Florida State kicked off at 5:10 PM Eastern Time, but didn't wrap up until almost 9:00 PM ET...and both teams raced through that game's fourth quarter because the outcome had already been decided.

We expect the Oregon-OSU National Championship game to finish between 11:30 PM and midnight ET. Regular-season college football games last about three hours and fifteen minutes on average, and you can tack on an extra half-hour here because of additional fanfare and advertising. This game will most likely clock in at three hours and forty-five minutes from start to finish.