#HeismanWatch: Which Of The Top 10 Contenders Helped Their Heisman Stock This Saturday? 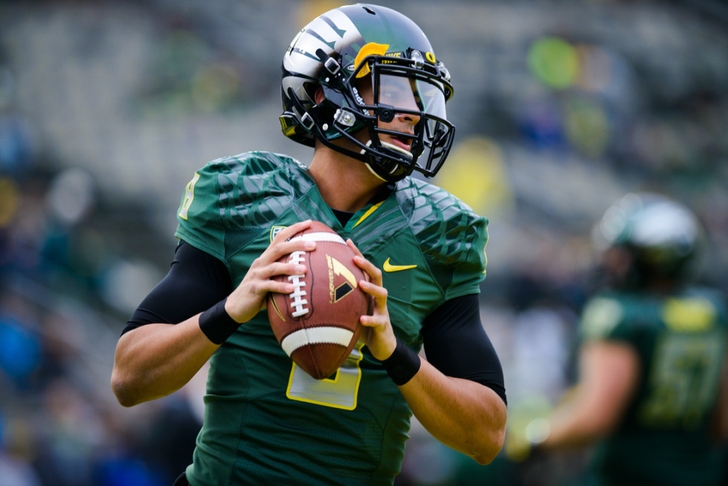 Nine of our Top 10 Heisman contenders were in action on Saturday, and while some helped their chances, quite a few saw their campaign take a serious hit. We're using last week's latest Heisman Power Rankings to map these out, so if your guy had a big day but isn't listed here...he probably will be next week. Here's the breakdown:

Stock: DOWN. By his own standards, Petty was very average against an Oklahoma State team that he was expected to absolutely torch. He earns some points for getting the job done and winning the game, but at this point, he needed huge numbers in every remaining game to remain a viable candidate. That didn't happen today.

Stock: Up. Despite an early pick-six, Hundley found his footing and put USC to the sword. In UCLA's biggest game of the season, both he and the Bruins came up big.

Stock: DOWN. Johnson was solid, but didn't put up the monster game he needed as Miami took a bad loss to Virginia. While he can still finish with an impressive season, Johnson can no longer be considered a realistic Heisman contender. 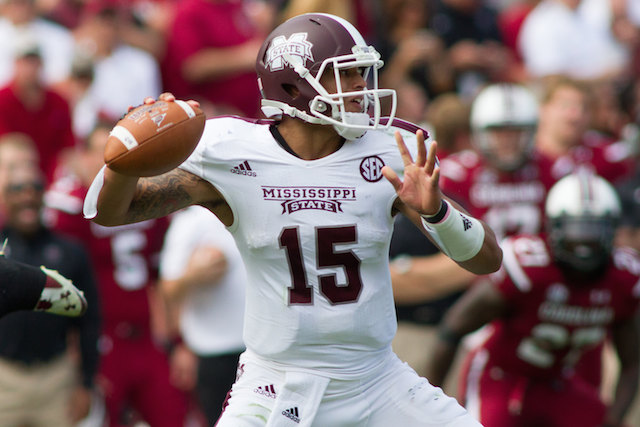 Stock: Up. Prescott led the Bulldogs to an easy win over Vanderbilt, and while that might not have been a surprise, he moves up by virtue of everyone around him moving down. Prescott isn't a frontrunner at this stage, but two more big games like this one could put him back in the mix.

Stock: DOWN. Winston once again overcame a sloppy start to do just enough to win, and Florida State moved to 11-0 after a last-second field goal helped them scrape by Boston College. Winston won last year because he and his team weren't just winning games - they were dominating them. This year, the only two teams FSU has dominated are Wake Forest and Citadel.

Stock: DOWN. A knee injury limited Cooper to just three catches today, and while Nick Saban told reporters he could have returned during the second half, Alabama was up by so much that he stayed on the sidelines. As a wide receiver, the odds were always going to be stacked against Cooper winning the Heisman, and today's result puts another dent in his chances. 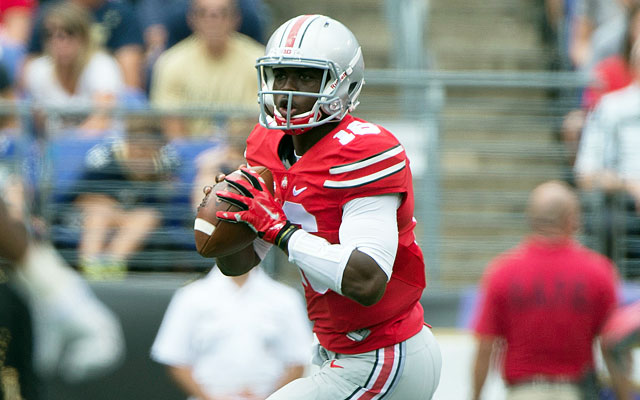 Stock: Slightly down, but not much. Barrett had some very good moments against Indiana and put up a ton of yardage, but his inexperience showed in a few bad plays and unforced errors. Ohio State should have beaten this Indiana team with ease, but came into the fourth quarter trailing and needed a late rally to put the Hoosiers away.

Stock: Unchanged. TCU had the day off, but Boykin's hold on third place improved thanks to some rough results for his competition.

Stock: UP. Gordon might have lost his NCAA record for rushing yards in a game after just one week (Oklahoma freshman Samaje Perine unseated him with 427 today), but he helped his Heisman chances with a one-man show against Iowa. Gordon was responsible for 264 of Wisconsin's 405 offensive yards today, and he reached the 200-yard mark on the ground for the third consecutive game. He now has 921 total yards and 8 touchdowns over his last three games.

Stock: Up. Colorado certainly isn't the strongest opponent out there, but Mariota had the big day everyone expected and got plenty of rest heading into next week's Civil War matchup against Oregon State. As long as he puts up video game numbers in Oregon wins, he'll be hard to dethrone.