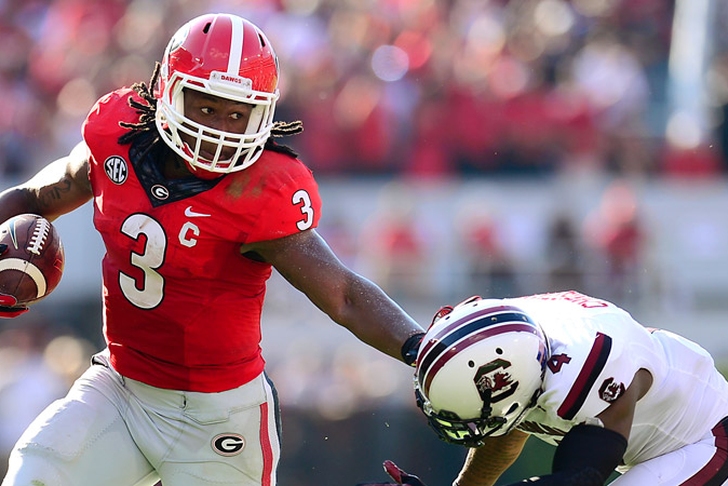 There were reports earlier this week that Georgia running back Todd Gurley would be back on the field when the Bulldogs squared off against Arkansas, ending his indefinite suspension.

Gurley had been allowed to practice with the team all week, and head coach Mark Richt had shown every indication that he expect his star to be available this weekend.

When the university announced they'd be releasing a statement Thursday afternoon, everyone was expecting that Gurley would be reinstated. Instead, we got this:

Statement from UGA: Yes they discussed Gurley with NCAA today. "There is no new news at this time and no further comment is necessary."

Regarding Todd Gurley's eligibility, the NCAA is continuing to work with Georgia and is awaiting the school's request for reinstatement.

This means that Gurley is still suspended indefinitely, and probably won't make the trip to Fayetteville with the team tomorrow morning.

The suspension might be lifted between now and then, but at this point that's very unlikely.

This remains a fluid situation, so stay tuned to Chat Sports for the latest information.