GIF: Michigan State Lineman Picks Up Purdue Running Back and Throws Him Down 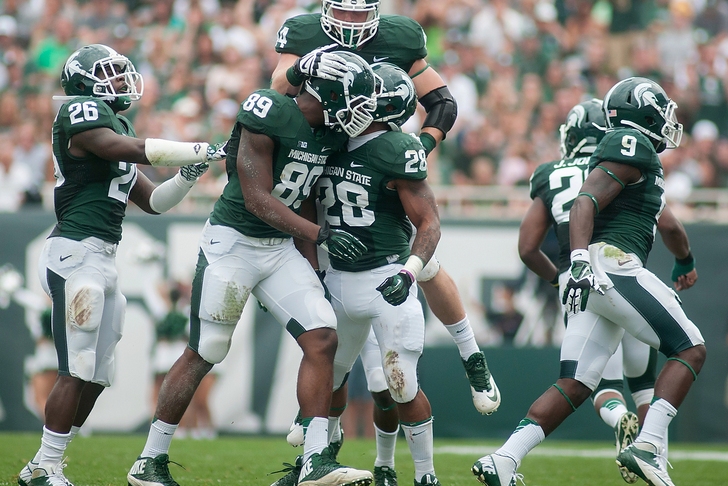 The Big Ten has developed a reputation for playing a tough, physical brand of football, but Michigan State's defense has taken this to another level.

Playing football is one thing, but going full WWE on some running back? That's a whole different level of awesomeness.

Akeem Hunt, the bodyslam-ee, was able to stay in game. Even though Michigan State won the game 45-31 , don't feel to bad for him. He had as much success against the Spartans defense as anyone has all year, running for 96 yards and three touchdowns.