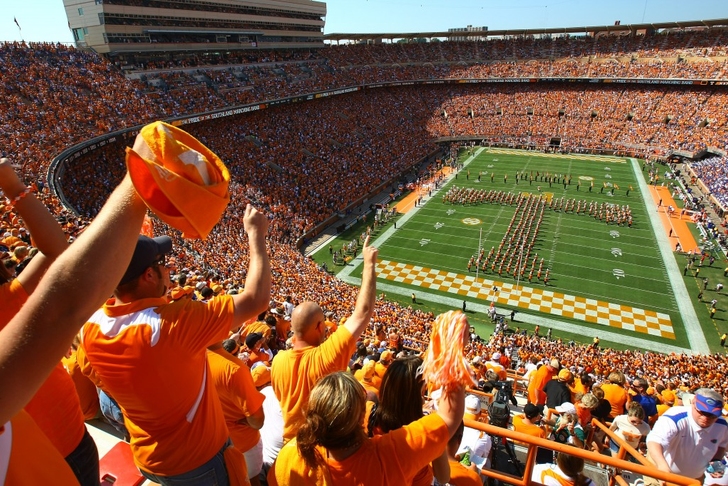 Over the past decade, eight major-conference programs have been penalized for low APR scores - the measure used by the NCAA to determine academic progress. Teams with an average score under 925 can be penalized, and starting in 2014, football teams with an APR of 930 or lower can be banned from the postseason.

According to NCAA compliance expert John Infante, four major programs are in danger of missing out on the postseason thanks to low APR scores - Tennessee, Louisville, Oklahoma State and Iowa State.

With an average APR of 924 over the last four years on record, Tennessee has the most to worry about. Infante explains:

"Tennessee is in the biggest danger for two reasons. First, it needs to carry its lowest APR for the next three years including this one. Second, the 909 single year score in 2011–12 will make it difficult if not impossible to post a two-year APR score of 940 for 2011–12 and 2012–13. On top of that, the Volunteers drop their second highest score for the 2012–13 multi-year APR."

Tennessee can avoid suspension by turning things around quickly, but it won't be easy. The other three schools have slightly more breathing room, but a slip-up could be disastrous. The NCAA's annual APR rankings will be released next week.