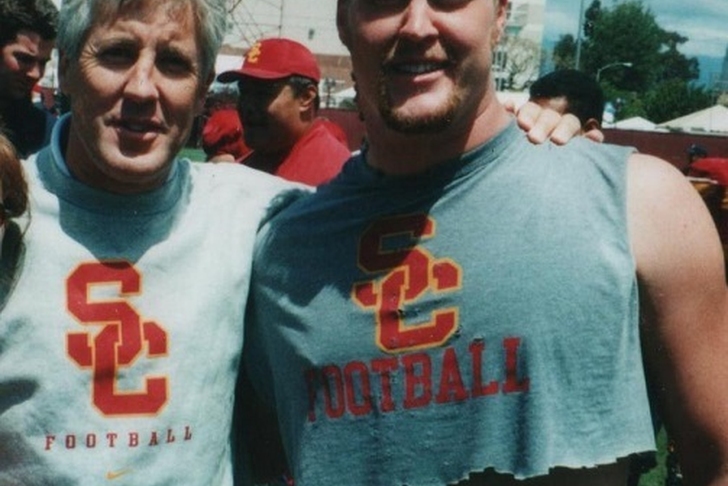 Bob DeMars, a former defensive lineman at USC, is attempting to produce a documentary film about the NCAA and its practices. Entitled "The Business of Amateurs," the project has gained a lot of notoriety in the past few days, garnering the attention of athletes such as former USC quarterback Matt Barkley. Barkley tweeted a link to the film's Kickstarter page, which shows the project on a good pace to hit it's goal of $30,000.

"'The Business of Amateurs' will examine and challenge the role of the NCAA from the perspective of a former student/athlete," says DeMars on the page. "This documentary will challenge NCAA's current role in the marketing and selling of their cheapest commodity: amateurs."

The common defense of the current NCAA structure is that athletes receiver a free education - valued at more than $200,000 at schools like USC - in exchange for their athletic services.

But according to DeMars, "Some of my old injuries have opened my eyes to the fact that my future medical costs will likely outweigh the monetary benefits of my free education by the time I’m a senior citizen."

DeMars is working alongside Zack Jerome, who runs the well-read Lost Angeles Blog about, among other things, USC football. He says the NCAA is especially unfair to football players.

"(Football) it is not only the most dangerous sport, it is the most lucrative," Jerome says in his blog post about the film. "It pays for (all) other programs nine times over.  It makes celebrities that can lose it all if they try to gain anything from it before the mandated 3 years between high school and pro ball that must be served."

However, the project will not be a mere crusade against the NCAA. From the description:

From the athlete’s perspective, we will discover how college sports and the NCAA evolved into the disproportionate model of today.  However, we won’t just shed light on the problems of the NCAA; we are going to search for solutions that will spark change in the NCAA and work towards moving the focus back to the health of the athlete.