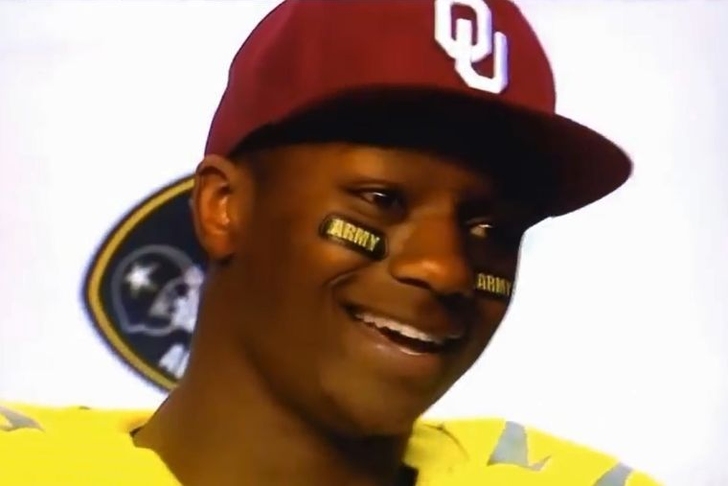 Joe Mixon's career at Oklahoma hasn't gotten off to the best start.

Mixon, a highly-touted five-star running back from Oakley, CA, is being charged with 'misdemeanor acts resulting in gross injury', according to the Cleveland County District Attorney's office. Mixon has been sitting out from practice and team activities for the past month while the allegation was being investigated.

According to Norman police, Mixon was involved in a fight with a 20-year-old woman inside Pickleman's Gourmet Cafe on Campus Corner. The victim has claimed Mixon punched her in the face, and she suffered broken bones as a result.

Mixon was not arrested after the incident took place, but if convicted, he faces up to a year in jail.