Florida State vs. Auburn: The Classic Ending to the BCS Era 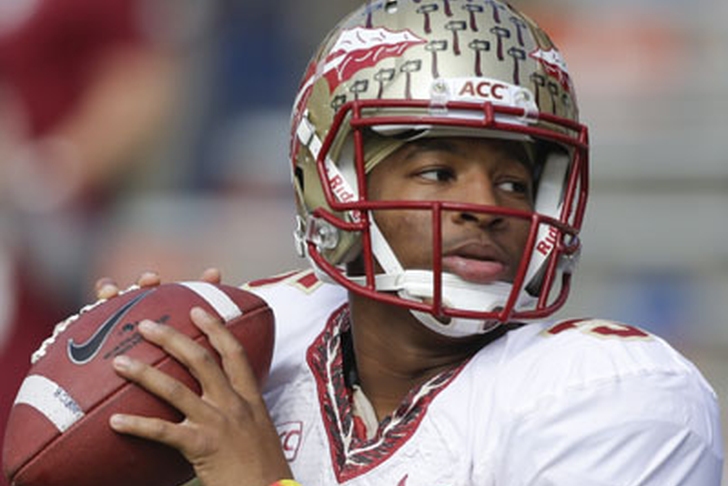 Two teams will jog onto the turf of the Rose Bowl tonight, but only one team's national championship hopes will be fulfilled. One is a team that dominated every challenge in the way of their coveted prize, methodically crushing all opposition. The challenger is a phoenix that rose from the ashes of a team that finished last in the SEC just one season ago - just one season later, they're back to the pinnacle of college football.

The championship game that lies before us is the last of an era that will be known for it's flaws. Still, some will find things to miss about the BCS as we move into a postseason playoff system to decide next year's champion. Appropriately, both of this year's contenders have strong roots in the BCS era as they compete to be the last winner of the Bowl Championship Series.

Florida State played in the first version of the Bowl Championship Series National Championship game in 1998, losing to Phillip Fulmer's Tennessee Volunteers. Bobby Bowden's team wasn't denied the next year, defeating Frank Beamer's Virginia Tech team quarterbacked by Michael Vick. Auburn was perhaps the greatest victim of the BCS system's flaws in 2004, when Oklahoma and Southern California both surpassed Auburn to play for the National Championship despite all three teams finishing the regular season undefeated. Auburn last won the championship in 2010 behind Heisman winner Cam Newton. Interestingly enough, Newton was the last player to win the trophy AND the National Championship in the same year.

So, which team will win its second (and final) BCS Championship?

This game could go either way, but one thing is for sure: these two teams are going to be brutally physical with one another. This game will have more than its share of hard hits and bone-crushing blocks. Both offenses attack their opponents' defense, and they both also dare the opposing defense to play physical, smash-mouth football.

This year's Heisman Trophy winner, Jameis Winston, leads a Florida State offense that's possibly the most efficient unit in the country in terms of dominating opponents. They lead the nation in average points per game with 53. The Seminoles are amazingly well-balanced, and create matchups that are absolute nightmares for opposing defensive coordinators. If ever there was a coordinator who could figure this offense out, though, it would Auburn Defensive Coordinator Ellis Johnson. Johnson has been in the game for 38 years, and he's had some time to improvise a scheme that could slow down Jameis Winston.

Florida State will have to find a way to slow down an Auburn rushing attack that steamrolled teams all season. The Tigers are one of two teams that rushed for over 4,000 yards this year (the other was Navy, if you were curious). Gus Malzahn runs the football very efficiently, and his team plays at a dead sprint. One factor the helps the Tigers is Florida State's performance against Boston College, where Heisman Finalist Andre Williams ran the ball 28 times for 149 yards.

Florida State makes a strong case for being the favorite in this game because they're absolutely loaded with NFL-caliber talent. Jameis Winston is a prospect that makes NFL (and MLB, honestly) scouts drool. Not to mention that he's backed up by a defense that allowed the fewest average points in the country at a little over 10.

If Auburn wants to win tonight, they'll have to keep Jameis Winston and Kelvin Benjamin off the field. They'll have to score points on long, sustained drives that milk the game clock. Ellis Johnson's Auburn defense will have to make Jameis Winston commit turnovers, and the Tigers will have to capitalize on them with big plays. Auburn will be trying to win the SEC's eighth consecutive National Championship, and the fourth straight for the state of Alabama.

This game can go any number of ways, but this will be a great grand finale to a controversial era of college football.