ESPN Asked Nick Saban How He Sells Playing Time To Recruits. What Happened Next Was Magic 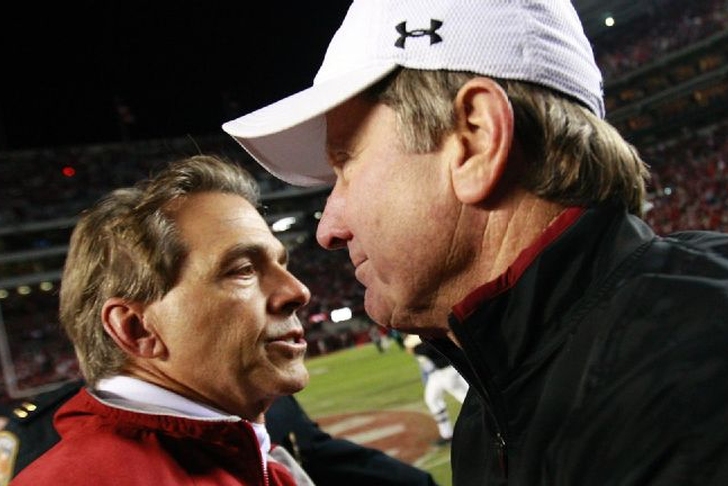 Nick Saban and Steve Spurrier were both on ESPN's College Football Live on Tuesday, and decided to field some questions. When the guys asked Saban how he sold playing time to recruits, Steve Spurrier made one of the greatest faces in the history of live television: 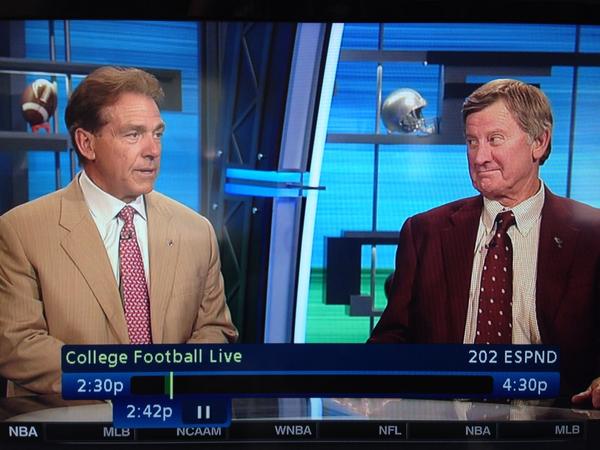 Alabama, of course, is twelve-deep at every position, which makes playing time hard to come by.

(h/t to Chris Vannini of CoachingSearch.com, who originally spotted this gem)

How Much Is Every SEC Athletic Program Worth?