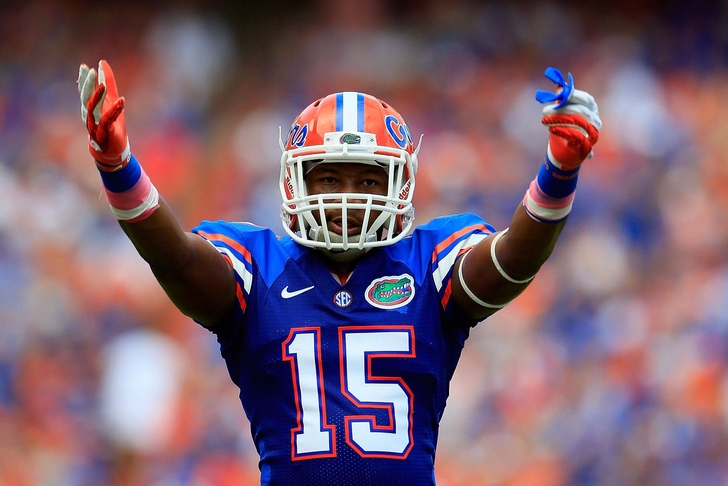 Loucheiz Purifoy, a former Florida Gators defensive back who is expected by most draft analysts to be drafted in May's NFL Draft, was arrested last month for drug possession and is reported to have escaped arrest by acting as a police informant.

However, according to Michael David Smith of Pro Football Talk, the matter of whether or not Purifoy actually agreed to such an act is up for debate: "Now the matter of how Purifoy avoided arrest is the subject of an investigation. The Gainesville Sun reports that Purifoy never made himself available to officers to serve as an informant. Now the Alachua County sheriff, whose officers originally stopped Purifoy, has asked the Gainesville Police Department to conduct an outside investigation into the matter."

Per David Smith's article, the police report filed stated that Purifoy was caught with both marijuana and a synthetic drug termed only as "bath salts."

“Based on probable cause developed by the deputy, an arrest warrant was issued for Loucheiz Purifoy for April 4, 2014, after he failed to fulfill his end of the bargain,” Darnell stated in her letter. “The action to quash the warrant is highly unusual and, as a result, I have numerous questions as to the propriety of how this occurred.”

Purifoy served a one-game suspension for the Gators, and is currently projected to be an impact pick talent-wise for any NFL team willing to take a flyer on him.

Your NCAA news whenever and wherever you want it. Download our new Chat Sports iPhone app and follow our NCAA page today.