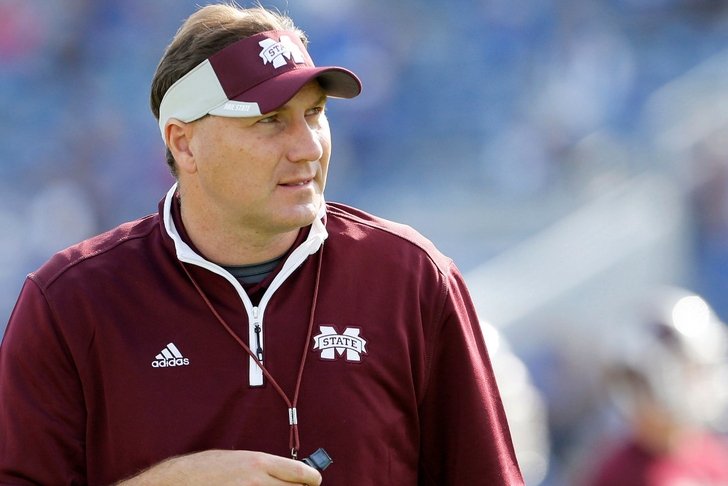 Mississippi State head football coach Dan Mullen is at the top of coaching wishlists around the country, most notably at the projected coaching vacancies at Michigan and Florida.

Many presumed Mullen would be interested in leaving Starkville for job at a traditional power, but he says that's not the case.

"I’ve had calls before," Mullen told Campus Insiders. "I understand that the grass isn’t always greener on the other side. I’ve had a hand in where every door in this facility went and how we’ve built this program from the ground up. I have a great administration and this program is built how I want a program to run.”

In a separate interview with NBC Sports, Mullen further expressed his desire to remain at Mississippi State.

"We haven’t won any championships, but I believe we’ll win a championship here one day," he said.

Those statements indicate that he's not only happy where he is, but he's committed to being successful at Mississippi State. It's also been reported that his wife doesn't want to leave Starkville.

It will certainly be interesting to see if anything changes once Florida and Michigan start talking and throwing lucrative contracts at him, but Mullen certainly seems determined to stay with the Bulldogs.

Michigan Football: Top Ten Replacements for Brady Hoke If He Gets Fired

Top 10 Candidates to Replace Will Muschamp If (When?) He Gets Fired