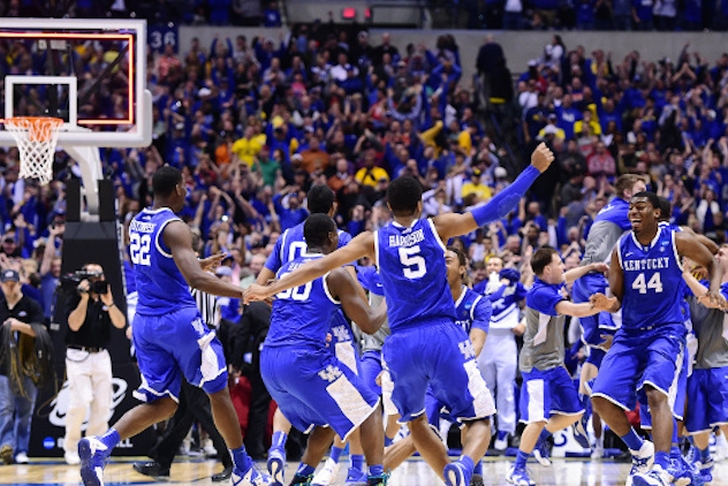 The college basketball season gets underway today with games all across the country, and it will provide us with five months of upsets, buzzer-beaters, and edge-of-your-seat entertainment. Here's what you can expect this year:

The Blue Devils have as much talent as anyone in the country, but haven't had much success in the NCAA Tournament in recent years. That's because they haven't had a good big man and have had to heavily rely on their perimeter game. This year will be different thanks to another top recruit who happens to be...

Freshman rarely win these type of awards - heck, Jabari Parker didn't even win ACC Player of the Year last season - but Okafor is a different kind of player. He's a big man with soft hands, good footwork, great finishing ability, and is a good passer. Okafor's also athletic enough to run the floor well. Bottom line: he does everything well.

The Demon Deacons pulled a couple of upsets last season, but had a largely disappointing year with a young team. Wake Forest returns practically everyone, and have a new, better coach in Danny Manning. They'll make the NCAA Tournament this year and finish among the top six teams in the conference.

Pitt struggled against good teams last year, but they beat everyone they were supposed to beat, thanks in large part to the play of seniors Lamar Patterson and Talib Zanna. Both those guys are gone, and with other teams improving in the conference, the Panthers will have a disappointing season.

The Buckeyes have the most athletic team in the conference and might sneak up on people because of their disappointing season last year. Thad Matta is one of the most underrated coaches in the nation, and he'll have this team turned around and playing basketball at a high level.

'Frank the Tank' led the Badgers to the Final Four last year, and came back to school for another year to improve his game for the NBA. Those improvements will make him even more deadly, and head coach Bo Ryan will try and use him every way they can.

The Gophers are coming off of a NIT Championship and are looking to maintain that momentum into head coach Richard Pitino's second season. I think that carries them into the top four in the conference and a good seed in the NCAA Tournament.

Nebraska was a surprise team last year and snuck into the NCAA Tournament for the first time since 1998, and I think it will be hard for them to repeat that performance again this year. Teams will be gunning for them and they'll finish in the middle of the conference again, as opposed to rising to the top. What? Not Kansas? The Jayhawks have won the Big 12 in each of the past 10 seasons, and that streak has to end at some point. Enter the Cyclones, who won the Big 12 tournament last year and return several key players, including forwards Georges Niang and Dustin Hogue. I expect them to take the next step and be the surprise team in the conference this year.

Staten was one of the most improved players in the conference last season, and now he's going to be the Mountaineers' only proven scoring option. The ball will be in his hands a lot, and he'll produce.

Any team who wins the conference instead of Kansas would be a surprise team, and my money is on the Cyclones.

With so many good teams in the conference this year, there's going to be a lot of programs that finish with similar records. The Sooners will be one of those teams, which will be a disappointment for them as they're hoping to compete with Kansas, Texas, and Iowa State at the top of the conference.

The Pac-12 doesn't have a lot of good teams this year, but the Wildcats have the potential to be a great team. They should run through this conference easily.

Utah has hopes of making the NCAA Tournament this season - a huge improvement for a team that hasn't had a winning season since 2009 - but Wright is the kind of player that can take them there. He averaged 15.5 ppg, 6.8 rpg, 5.3 apg, and an astonishing 2.5 spg last year, and he's only gotten better.

The Utes will take a big leap up the standings thanks to Wright and the down year for the conference, and will make the NCAA Tournament.

Many are expecting the Cardinal to do well on build from their Sweet 16 appearance last season, but that's going to be hard to do with Josh Huestis and Dwight Powell in the NBA. Don't be surprised to see Stanford miss out on the Big Dance this year. The Wildcats have nine former McDonald's All-Americans on their roster. NINE. This Kentucky team might be better than the 2012 National Champions that featured Anthony Davis and Michael Kidd-Gilchrist, so don't be surprised if UK sweeps through the SEC undefeated.

Aaron broke out of his twin brother Andrew's shadow during the NCAA Tournament last season when he drained three consecutive game-winners from virtually the same spot on the floor. This award will go to someone on the Wildcats, and I think Harrison emerges as Kentucky's most reliable player.

Bruce Pearl!!! His arrival has immediately created a buzz around the Auburn program and has upgraded the team's talent level with a couple of transfers who will be eligible this season. In an incredibly weak conference (outside of Kentucky and Florida), the Tigers will have plenty of winnable games and finish in the top half of the conference.

Really, there's no team that everyone is sold on in the SEC after Kentucky and Florida, so it's hard to call one of those teams overrated. If I'm going to pick someone, it'll be Arkansas, who is projected to finish third. I don't think that happens (they finish fourth or fifth), so we'll call them "overrated". 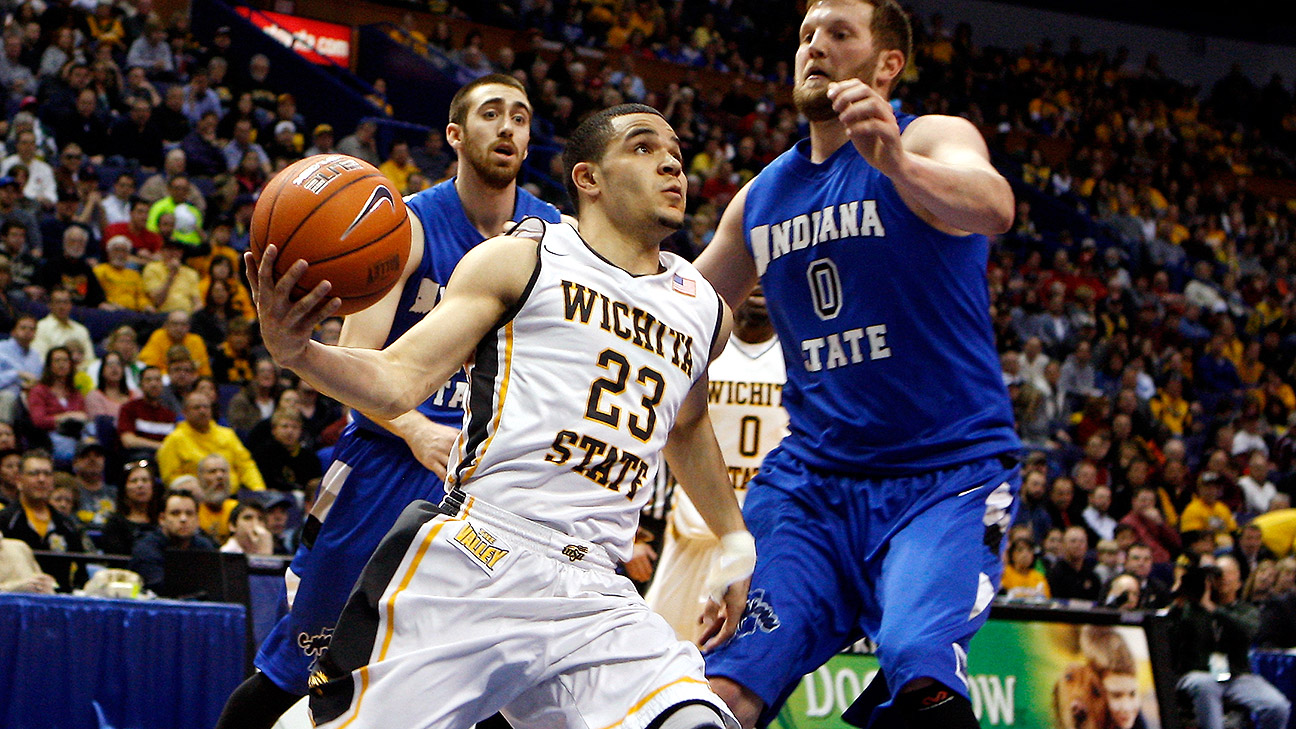 The Shockers lost Cleanthony Early, but still have All-American point guard Fred Van Vleet, Ron Baker, and defensive extraordinaire Tekele Cotton. Wichita has an easy schedule and will make another run at an undefeated season

Boise missed out on the NCAA Tournament last year with a disappointing season largely caused by their inconsistent defensive effort, but they're ready to come back and grab their second tournament berth in three years. This team is dominant offensively led by Anthony Drmic and Derrick Marks - don't be surprised to seem them ranked in the top 25 at the end of the season.

Many expect the Hoyas to return to their usual form after going a dreadful 18-15 last year, but I just don't see that being the case. They still don't have any offensive playmakers and look like a team destined to middle around in a weak Big East.

What are your thoughts and expectations for the season? How will your team do? Disagree with my picks? Tweet your thoughts to @brauf33 and leave a response in a comments!