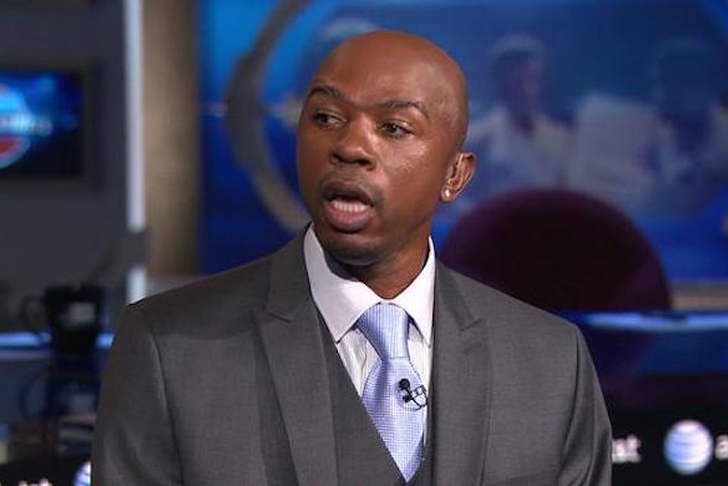 CBS and Turner Sports basketball analyst Greg Anthony was arrested Friday night as part of a prostitution bust in Washington, D.C., according to ABC7 News.

@ABC7Sam was first w/info that cbs sportscaster greg Anthony locked up at 2nd district for solicitation of a prostitute. My sources confirm

Anthony was in town to call the Maryland-Michigan State game for CBS tomorrow afternoon with Ian Eagle.

It's unclear who will replace him in the telecast. CBS hasn't commented on the matter at this time.

Anthony won an NCAA Championship while playing for UNLV in 1990, and had a successful NBA career that spanned over a decade. He then turned that into an impressive television career with ESPN and now with CBS and Turner, though that career is up in the air now.

Anthony called his first Final Four last year with Jim Nantz, and has been part of the rotation of former players in the running to replace Steve Kerr as TNT's top NBA analyst.