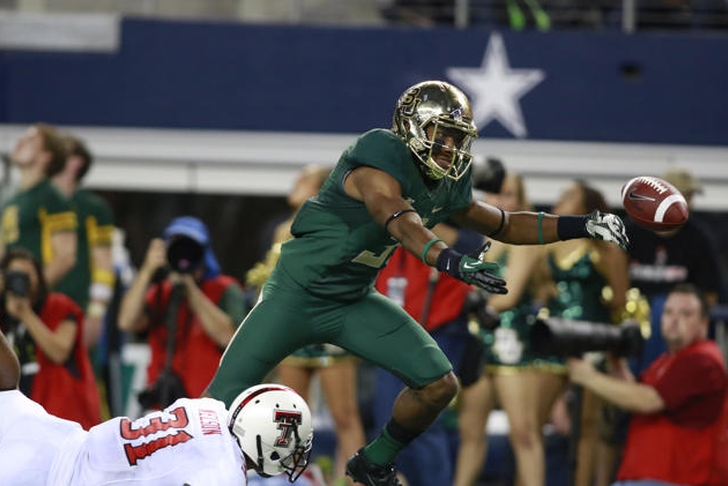 Former 5-star wide receiver Robbie Rhodes has been kicked off the Baylor football team for failing a drug test.

Rhodes, the #2 WR in the class of 2013, was arrested for marijuana possession earlier this summer, but police ultimately decided not to file charges.

Baylor's depth chart has suffered a hit. More at http://t.co/On21lJ5cPA. I've never used this acronym before, so here it goes: SMH.

The Baylor staff has to be pretty down right now. Hope Robbie Rhodes can get it together, but that won't happen at Baylor.

Rhodes struggled with injuries in his freshman season, ending up with 10 catches for 157 yards.

Where are they now? Catching up with the #1 football prospects of the past decade