Boise State Fans Want To Help A Homeless Recruit Who Survived Hurricane Katrina, But The NCAA Says No 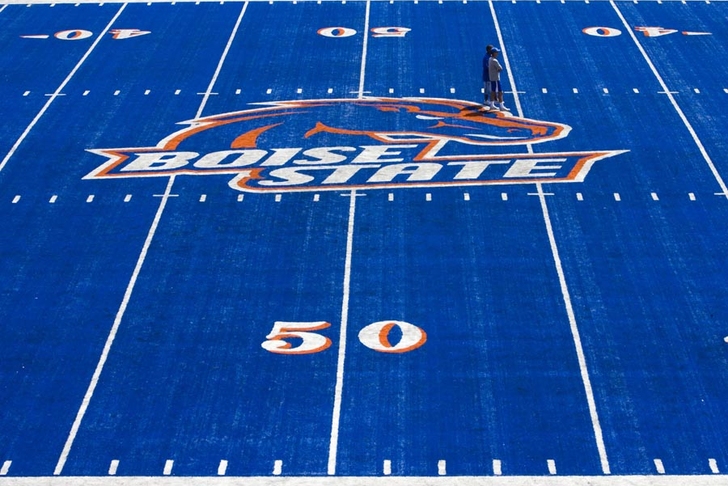 Another day, another case of the NCAA generating headlines for all the wrong reasons.

Antoine Turner triumphed against the odds when he received an offer to play defensive tackle at Boise State. Turner managed to earn a scholarship despite having to evacuate New Orleans during Hurricane Katrina and being effectively homeless for much of the time since.

His mother died of cancer when he was four years old, and his relationship with his father broke down not long after. He managed to find a better situation, living with his uncle, but then Hurricane Katrina hit.

Katrina destroyed any kind of stability in Turner's life - his home was destroyed, and his uncle was killed. Turner fell in with a bad crowd, running money and drugs across town for gang members. He stayed with friends in New Orleans' ninth ward, eventually finding a way out through football.

Turner's grades prevented him from getting any offers right out of high school, but he did find an exit - Fullerton Community College in California. His girlfriend's family took him in, and this February, Boise State extended an offer after two solid years at Fullerton.

In Boise, Turner has nowhere to stay and no money to pay for food or amenities. Boise State fans found out about their newest DT and an outpouring of support followed, but the athletic department was forced to issue this statement:

We need to make it clear to your viewers and Bronco fans that it is NOT permissible within NCAA rules for boosters of Boise State athletics to provide benefits to Mr. Turner. That would include money, loans, gifts, discounts, transportation costs, etc.

While Mr. Turner’s need is abundantly clear, it is not permissible for Boise State, the athletics department or supporters of the athletics department to assist Mr. Turner at this time. Once Mr. Turner arrives on campus for the start of the summer school program, he will be well taken care of—receiving full tuition, room and board, books, fees etc. In the meantime, the compliance office is exploring a potential waiver with the NCAA that would allow us to provide assistance prior to the start of summer school.

(H/T KTVB, who did an excellent profile on Turner with some great video)