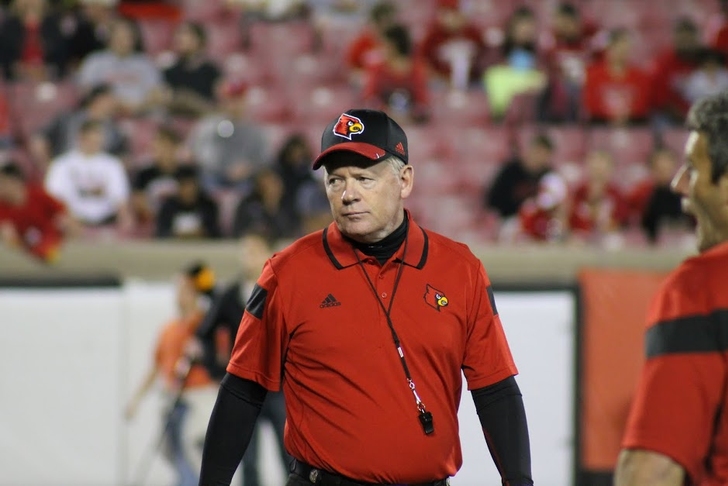 Bobby Petrino's second stint as Louisville head coach already looks headed for disaster, which is kind of amazing when you realize they haven't played a single game with him in charge yet.

Grantham is only in the first year of that five-year deal, and Petrino is entering year one of a seven-year, $24.5m contract with a $10 million buyout. No matter how much these guys hate each other, the university will be reluctant to get rid of either.

It would be bad enough if that were the only problem in Louisville, but it sounds like coaches aren't the only ones unhappy with Petrino. According to the SI article:

Some were so unhappy with Petrino’s frigid, explicit demeanor that they considered leaving early for the NFL’s supplemental draft in June according to one source.

“The way he came in doing business, I didn’t like it,” Brooks said. “The way he treated people. He just wasn’t a good coach.”

Louisville starts their 2014 campaign on September 1 against Miami (FL). It sounds like they've got their work cut out for them.