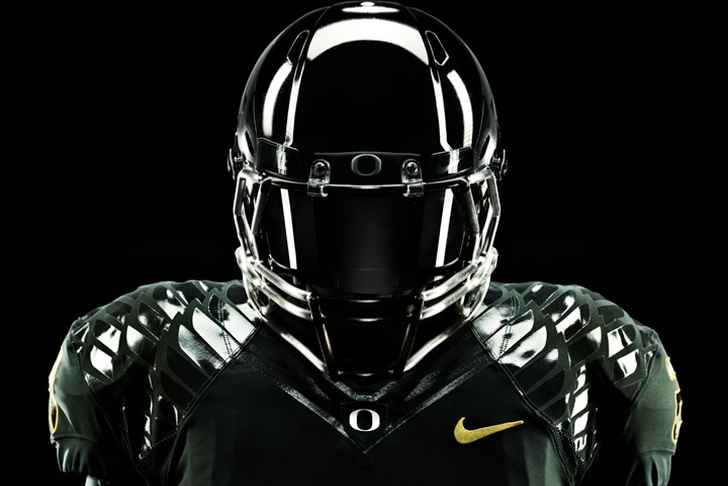 Last weekend, we finally had a few upsets shake up the national title picture (but don't get too excited yet - the two main contenders stayed at the top). We're bidding a fond farewell to Stanford, who once again removed themselves from the equation by losing a game they should have won, and there are now five teams with a fairly realistic chance at ending up in the national title game. Let's break it down:

The striking thing about Alabama's 6-0 record isn't how badly they've beaten teams (they've allowed just 16 points in four games since that shootout against Texas A&M), it's the unshakable feeling that they have a few gears they haven't even reached yet.

Wide receiver Amari Cooper might be their best offensive player, and he's just now getting healthy for the first time. Left tackle Cyrus Kouandjio is finally settling in after looking shaky early, and opposing teams are starting to find out what that means. Their game against #6 LSU on November 9th is going to be their big chance to show off against a top team in front of a national audience, and if they find that extra gear...well, let's just say they won't be moving from this spot any time soon.

Oregon is a similar story. The Ducks didn't have to break a sweat through their first five games, averaging an obscene 59.2 points per game against a series of overmatched opponents. Everyone waiting for Oregon to be "exposed" against a good team had to eat their words when the Ducks kept right on rolling against #16 Washington last weekend - Oregon racked up 631 yards of total offense, and QB Marcus Mariota gave further evidence in his case for the Heisman Trophy. The only way Alabama and Oregon miss out on the national title game is if they fall asleep and assume they can sleepwalk in.

Tajh Boyd is on on fire this year. Wide receiver Sammy Watkins is officially over his sophomore slump, and once again looks like the game-changer we all thought he'd be. Junior DE Vic Beasley is an absolute monster. This is a loaded team, and we'll find out just how legitimate a contender they are this Saturday when Florida State comes to town.

Everyone knows all about Jameis Winston by now, but the Seminoles aren't #5 in the country because of their quarterback alone. Running backs Devonta Freeman and Karlos Williams are BOTH averaging over 7 yards a carry, and WRs Kenny Shaw and Rashad Greene are elite receivers with the speed and vertical skill to make it to the next level. Saturday's game against Clemson has massive implications - the winner will be the next team into the national title picture if 'Bama or Oregon slips up.

It isn't all OSU's fault that they're this far down the list - an extremely weak Big 10 field does them no favors. A huge win over Michigan might have given them a boost, but after the previously undefeated Wolverines slipped up and lost to Penn State over the weekend, that game won't be nearly as important. For the Buckeyes to play for the national title, they'll need to win out in dominant fashion and hope that two of the three remaining undefeated teams above them fall out of the picture.

Keep an eye on:

They'll need lots of help, but if they somehow win out, beat Alabama in Tuscaloosa and win the SEC Championship, there's still a chance. This is a very solid, well-balanced team, and if they can navigate their brutal SEC schedule and come out with just that close loss to Georgia, they'll be in the discussion.

Like the Tigers, they'll need plenty of help, but if the Canes beat FSU on November 2nd and wind up undefeated, there's hope for Al Golden's rejuvenated squad.

Looking for all the latest college football news and rumors? Sign up for a free account today to get the most complete coverage of your favorite teams available anywhere online.