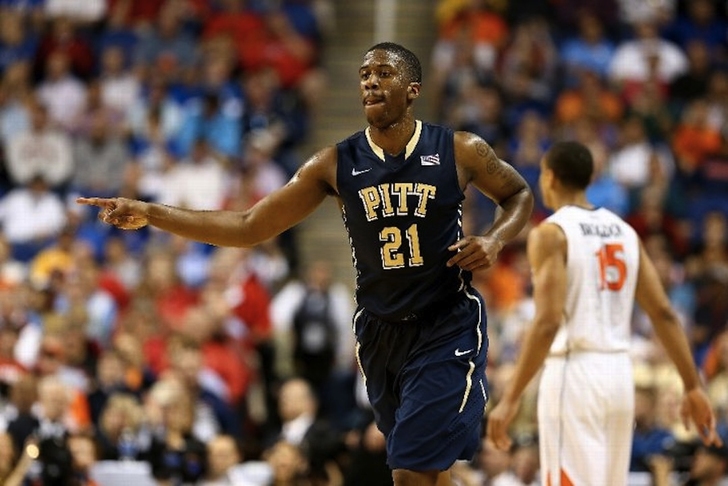 Pitt was one of the most consistent teams in the ACC this year. They beat the teams they were supposed to, but only have one win over a team that's in this year's NCAA Tournament. They have a chance for another one at 1:40 p.m. on Thursday against Colorado on TBS.

For the longest time, we weren't quite sure how good this Pitt team was or what to think of them. Even now, with the NCAA Tournament approaching, we still aren't exactly sure.

Yet in a weird way, that tells us who they are. The Panthers had no problems when dealing with teams they were supposed to beat, only losing once to a Florida State team that almost made the tournament. But they only have one win over a team they weren't supposed to beat, which was when they knocked off UNC in the ACC Tournament. So basically, they're a dependable above-average team that won't pull any upsets.

Pittsburgh is a great defensive team, but relies on senior forward Lamar Patterson (17.6 ppg, 4.8 rpg, 4.3 apg) to basically do everything on offense. For them to reach their potential and have any sort of chance of moving past the first round, other guys are going to have to step up big-time on the offense end.

First Round Matchup – vs. (8) Colorado

This is going to be your classic tough, physical, defensive matchup. Colorado hasn't let an opponent score over 70 points since March 1, while the Panthers have given up just 68.5 points during that same time frame.

Forward Josh Scott leads Colorado and has picked up the slack since star Spencer Dinwiddie was lost for the season due to injury early in the year, averaging 14.1 ppg and 8.5 rpg. He's also helped out by guard Askia Booker (14 ppg) and forward Xavier Johnson (12 ppg, 5.9 rpg), who will be tasked with guarding Patterson.

Pitt is going to need center Talib Zanna (12.9 ppg, 8.8 rpg) to match up with Scott and shut him down in the post, forcing other players to beat them, and Lamar Patterson is going to have to continue to carry this team offensively for them to have success.

The Panthers use their stingy defense to easily get past a struggling Colorado squad. They use that same defense and physical style of play to limit Florida in the next round, but the Gators are just too talented an pull out a close game.

Pitt's offense becomes stagnant and they struggle to score points. Colorado gets hot and takes advantage, winning easily without really being threatened.

Pittsburgh has relied on their defense and timely offense all year, but they aren't good enough offensively to beat other good teams, as we've seen throughout this season.

However, the good news is that Colorado isn't that good of a team. They've been an average team since leading scorer Spencer Dinwiddie (14.7 ppg) was lost for the season, and the Buffs have also struggled to score since then.

Their matchup will be a defensive struggle, and Pitt plays better defense than Colorado so they'll advance to face Florida. The Panthers might be able to hang around with the Gators for most of the game, but Florida is just too good, bouncing Pitt in the Round of 32.