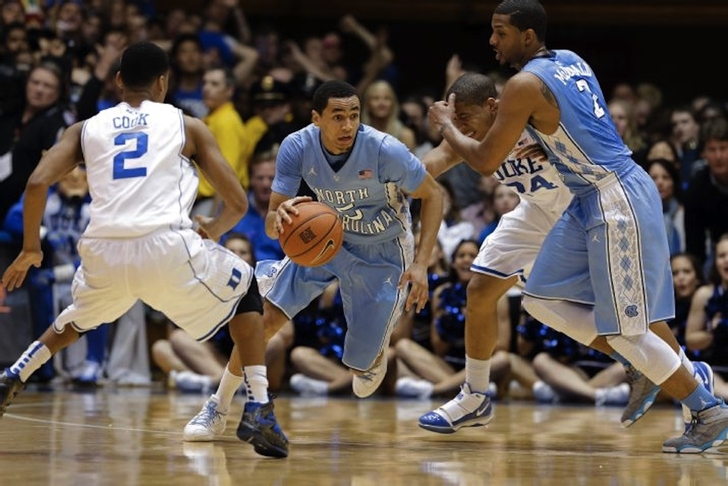 UNC has been perhaps the most inconsistent team in the country this year. They started out the nonconference season by beating Michigan State, Kentucky, and Louisville, but lost to Belmont and UAB. Those struggles continued in ACC play, where the Tar Heels started 1-4 before reeling off 12 straight wins that brought them back to a #6-seed in the NCAA Tournament.

The Tar Heels are great on the glass (9th in the country with 39.8 rebounds a game) and are fantastic in transition. But sophomore point guard Marcus Paige (17.4 ppg, 4.6 apg) has been Roy Williams' only player that can consistently score in the half-court, and that's come back to hurt this team at times.

Junior James Michael McAdoo (14.2 ppg, 6.7 rpg) has been the key to UNC's play - if he has a good game, the Heels usually win, and vice versa. They also need to consistently get offensive production out of J.P Tokoto (9.2 ppg, 5.8 rpg) to reach their full potential and go as far as they can.

First Round Matchup – vs. (11) Providence

Providence defeated Creighton to win the Big East Tournament to get off the bubble and clinch their tournament spot.

Senior guard Bryce Cotton (21.4 ppg, 5.8 apg) has been this team's best player and heartbeat. He's gotten help down low from forward LaDontae Henton (13.9 ppg, 7.8 rpg), who is a threat from both inside and out.

The Friars aren't a great shooting team, and they're a much tougher team to beat when they're converting on their outside shots.

Both teams have singular scorer offenses, so whoever wins the Cotton/Paige matchup will likely lead their team to victory.

Carolina is able to get out in transition, push the tempo, and someone other than Marcus Paige starts to hit shots. They use their newfound offense with their stingy defense and excellent rebounding to get to the Elite 8, where they lose to Michigan State or Virginia.

North Carolina's offense really struggles to score points and Providence takes advantage and has a great offense game to pull the first round upset.

An upset is very much possible against Providence, but UNC just has too much talent and depth down low and wear out the Friars.

However, Iowa State, who they should face in the next round, has similar talent and just as much size, but they also have better guard play and the ability to bang with the Heels down low.

I don't see Carolina going past the Round of 32 this year.