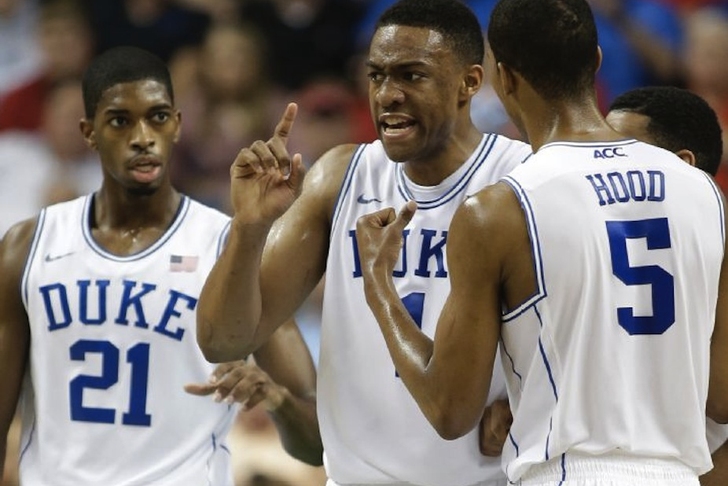 Duke has one of it's most talented team this season, but weren't able to translate that into anything more than a #3-seed. That being said, this team is still very good and is a serious threat to beat anyone on any given night.

National Freshman of the Year Jabari Parker (19.3 ppg, 8.8 rpg) has led Duke all year and will be a top-3 pick in the NBA Draft if he decides to go pro. He's accompanied by redshirt-sophomore Rodney Hood (16.4 ppg) who will also be a lottery pick if he enters the draft.

However, Duke's play is largely determined by their supporting cast. Rasheed Sulaimon, Quinn Cook, and Andre Dawkins all need to play well for Duke to reach their full potential.

The Blue Devils are a great jump shooting team, but they need to be careful and stay aggressive on offense. Their losses late in the year have come when Duke has gotten complacent and settled for longer, lower-percentage jump shots that have taken themselves out of their offense.

The Bears are an outstanding offensive team, ranking in the top-25 in points per game (79.3). They are extremely unselfish and move the ball well to create open shots, ranking 10th in the country in assists (16.4 per game) that leads to them shooting 47.5% as a team.

While Mercer is very balanced and can beat you from everywhere, they're led by senior guard Langston Hall (14.7 ppg, 5.6 apg). Four other guys all average over eight points a game, and their team style will put a strain on Duke's defense.

But Mercer doesn't have anyone who can handle Parker or Hood, and the Blue Devils just have more athleticism and talent that will lead them to a big win.

Duke gets hot from deep and Jabari Parker exerts his will on everyone they play getting through the "Region of Doom" and winning Coach K his fifth national championship.

Duke gets complacent on offense, isn't aggressive, and goes cold from the field as Mercer pulls the first-round upset.

Picking Mercer over Duke was a popular pick among many pundits, but I think they're forgetting how good this Blue Devil team is.

They have the talent to get past Mercer even if they don't play their best, and the winner of UMass/Tennessee wouldn't have much for them, either.

The earliest tough test they have will be against Michigan, whom the Devils demolished earlier this season in Cameron Indoor. Both teams are small and perimeter-oriented, but Duke is deeper has just has better players, so they should be able to get past the Wolverines.

From there they'll likely face Wichita State or Louisville (or maybe Kentucky?), both of whom are bad matchups for Duke. The Cardinals beat Duke handily last year in the Elite 8 and might be better this year, while Wichita plays a slower, more physical game - teams that have done that against Coach K's squad have had success this year.

A deep run for the Dukies will be nice, but they don't have the balance they need to make it to the Final Four.