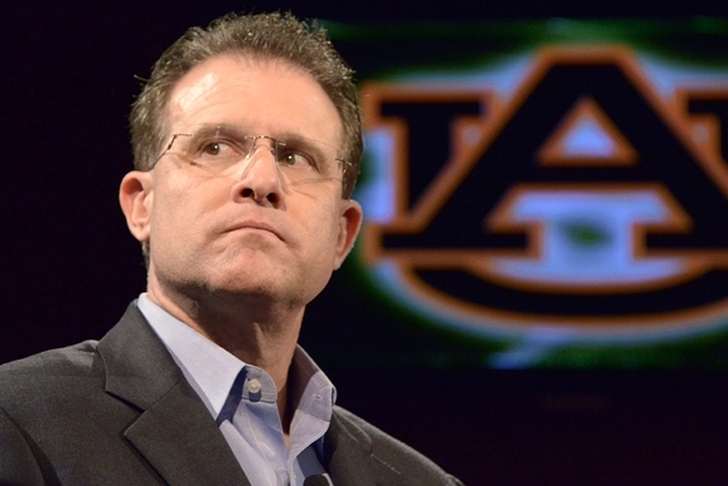 These next nine college football teams were supposed to be championship-caliber teams this year. So much for experts' predictions... Here's 9 Preseason Top 25 Teams That Are Total Disasters.

Auburn's defense was supposed to receive a jolt with Will Muschamp taking over the DC reins. That hasn't happened. Neither has the expected rise of QB Jeremy Johnson, who has fallen from preseason Heisman candidate to backup quarterback. It's the second straight deflating campaign for a program that's currently in championship-or-bust mode.

The Steve Sarkisian controversy took its toll on this young Trojans squad. There is enough blue-chippers on this team to compete with the top programs in the nation, but the team's lack of cohesion showed itself down the stretch in losses to Stanford, Notre Dame and Washington. Offing Utah was a great boost, but that's little more than a moral victory right now for a team with great aspirations.

The Alabama loss was an absolute killer, not because of the loss itself, but because of the way they were thoroughly dominated in a 38-10 home loss. The Bama hangover was so bad, UGA lost a very winnable game at Tennessee the next week -- evaporating their College Football Playoff hopes in a season where all the stars seemed to be aligned. Nick Chubb's injury threw a wrench in things, but that's no excuse for such a talented bunch.

Freshman quarterback Josh Rosen is the future of football, but UCLA's still not there yet when it comes to the elite teams in college football. Losses to Arizona State and Stanford showed the cracks in the team's defense, and the offense isn't fully formed enough to regularly win 55-52 slugfests a la TCU.

We bought into this ASU team so much, we had them winning the Pac-12 South this year. Well, that's not gonna happen. The Sun Devils' 61-55 OT thriller of a loss to Oregon on Thursday is indicative of just how inconsistent this team has been all year. Some good wins, some bad losses and a general feeling of underachievement. That's ASU's season.

Arkansas HC Bret Bielema talks a mean game, but he hasn't backed it up so far in Fayetteville. An early three-game losing streak to Toledo, Texas Tech and Texas A&M flushed a promising season down the plughole before the calendar even hit October.

The other Valley of the Sun team who rode into 2015 on a wave of hype, the Wildcats' defense is simply broken. They gave up a combined 121 points to UCLA and Stanford and couldn't fully hang in a 45-42 shootout loss to a Washington State team that was viewed as a conference bottom feeder by many before the season.

QB Maty Mauk is back after a month-long suspension for violation of team rules, but it's way too late. The two-time defending SEC East champs have scored a scant 12 points in their last three games -- all losses.

The Vols have failed to get over the hump in every "big game" they've played except for the Georgia contest. We had them as a dark horse SEC title contender before the season, but we're now unsure whether or not they'll even make a bowl currently standing at 3-4.