7 Bold Predictions For The 2016 NCAA Tournament 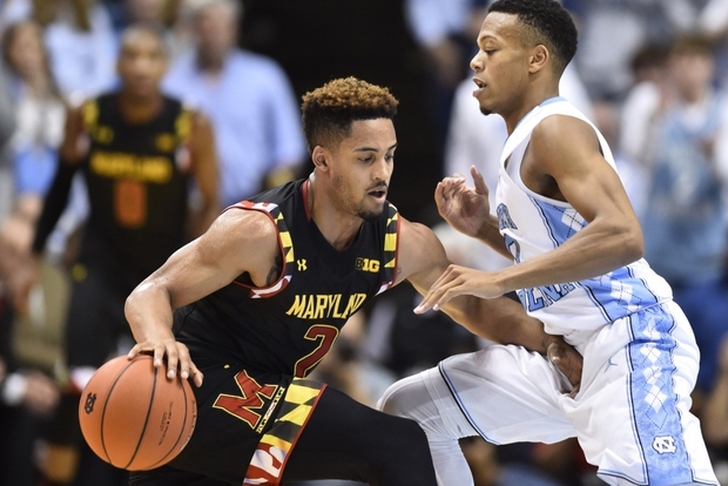 The NCAA Tournament is finally here after four and a half months of basketball, and it will provide us with the three most exciting weeks on the sports calendar. We love the sport because of how unpredictable it is, but that doesn't stop everyone from trying to fill out the perfect bracket every March. To help you fill out that bracket, here are seven bold predictions for what unexpected things will happen during the tournament:

7) UNC is not making the Final Four
The Heels were the preseason No. 1 team in the country, and after struggling in the middle of the season, are playing their best at the right time. However, there's a cap on how successful a team can be when they can't shoot. UNC hasn't advanced past the Sweet 16 in the past three years because of their inability to shoot from three-point range - and they're even worse this year (31.4 percent).

Joel Berry II and backup guard Nate Britt are the only players that shoot over 35 percent from three-point range, and only seven players have made a three all season. That will cause Carolina to slip somewhere along the line.

6) Neither will Kansas
The heavy favorites to win the title, Kansas will fall in the Sweet 16. For as good as the Jayhawks have been under Bill Self, they have a history of choking in the tournament. They have failed to even make the Sweet 16 five times in the last 11 years, and they've run into trouble several times at the end of close games this season due to their lack of a true leader and go-to guy. With all the pressure on them to win this year, don't be surprised if they fold at the end of a close game.

5) Kentucky will come out of the East Region
I have the Heels losing in the Sweet 16 again, this time to the Kentucky Wildcats. UK comes into the tournament on a five-game winning streak thanks to the emergence of Tyler Ulis and Jamal Murray as the best backcourt in the country. Plus, head coach John Calipari is as good as anyone in March, leading Kentucky to the Final Four in four of the last five years. Expect that to happen again.

4) Hawaii will beat Cal
Cal has two of the best freshmen NBA prospects in college basketball in forward Jaylen Brown and Ivan Rabb, but the Golden Bears prefer to play a slower, more methodical halfcourt game. Hawaii is the complete opposite, using a team full of long, athletic players to push the tempo at every possibility.

Cal is a team that can be sped up easily, and Hawaii will do that while forcing them into a lot of turnovers. Forward Stefan Jankovic has the size (6'11") to matchup up with both Brown and Rabb, and his athleticism will give them a lot of problems. Look for the Rainbow Warriors to pull out a close victory.

3) A.J. English will lead Iona to the Sweet 16
Iona's up-tempo, free-flowing offensive system is capable of giving any team fits when they get rolling. The Gaels rank 44th in the country in pace as their four-guard system allows them to fly up and down the floor, but what makes them successful is how unselfish they are, ranking 18th in the country with 17 assists per game. If you like offense, you'll love watching Iona in the tournament.

I think that up-tempo offense - plus the play of star gaurd A.J. English, who is 10th in the country with 22.4 points per game - will give plenty of teams fits while they work their way into the Sweet 16.

If this game is close at the end, the Wildcats will be feeling an immense amount of pressure. That could lead to a lot of turnovers, forced shots, and poor decision making, letting Temple pull the upset and advance.

1) Maryland will in the national championship
Surprised? Yeah, me too. Kind of.

The Terps have the pure talent to beat anyone in the country, but something has always been off with them this year. For starters, the good: Melo Trimble is one of the best point guards in the country, Rasheed Sulaimon is a knockdown shooter and excellent defender, Jake Layman and Robert Carter Jr. are matchup nightmares with their size (6'10") and shooting ability, Diamond Stone is a dominant post scorer, and they have a deep bench.

That checks all the boxes of what you could want in a championship team, so why are they just a five-seed? They're incredibly inconsistent, don't always play the hardest, and Trimble is in the midst of a terrible, terrible slump.

I've been all-in on Maryland winning the title since the start of the year, but more than that, they've shown signs of getting back on the right track. Their defense has been outstanding over the last few weeks, and they've been shooting incredibly well - despite their 3-5 mark down the stretch. The pieces are finally starting to come together, and I think all that talent will finally start to show itself at the right time.