6 Unproven College Football Players About To EXPLODE Onto The Scene 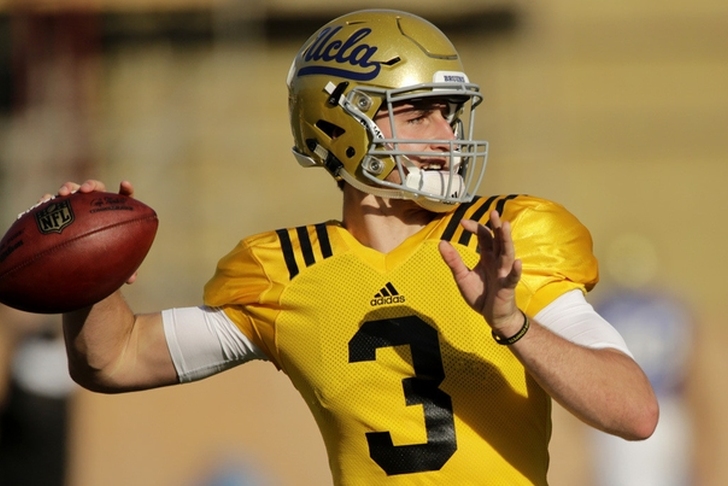 Every season, a few college freshmen burst onto the NCAA football scene. Last year, it was Georgia's Nick Chubb. Before that, it was UCLA's Myles Jack. So who will it be this season? 247Sports predicated which players could have that type of immediate impact this season. Here are the top six freshmen who could explode onto the scene this season.

Kirkland is expected to start at MLB this season for the Volunteers. The Vols are loaded with talented young defensive players and Kirkland could record a ton of tackles in this defense.

Scott chose the Spartans over Ohio State and Michigan State fans are going to be glad he did. 247Sports doesn't expect Scott to start right away, but they think he could have a Chubb-like impact. Scott has the potential to be the next great Michigan State running back.

With Isaiah Battle's early departure, Hyatt will be Clemson's starting left tackle. Hyatt was a five-star recruit and he enrolled early. That extra time will be a big boost for both Clemson and Hyatt. He'll need to protect star QB DeShaun Watson's blindside.

Tillery was recruited as an offensive lineman at first. Then he started dominating on the defensive line in his senior year. With the loss of Jarron Jones, Tillery will play early and often this season.

One of the most sought-after recruits, Jefferson has the potential to be a superstar early in his career at Texas. Head coach Charlie Strong knows defense and Jefferson should thrive under him.

There isn't much doubt Rosen will have the biggest impact among true freshmen. He'll start for UCLA this season. He's one of the more hyped QB recruits in recent memory and has the potential to be the next great PAC-12 QB.